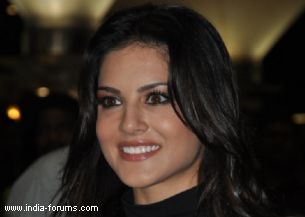 Indo-Canadian adult films star-turned-actress Sunny Leone is excited about her film "Ragini MMS 2". She hopes she is able to leave the audience scared with her performance.

"I am very excited about 'Ragini MMS 2'. It has been one year, we have been shooting the film, the promo, doing different things to release a huge film coming next year in January 2014. I want everyone to be scared of me for the first time," the 32-year-old said here Tuesday on the sets of TV show "MTV Webbed."

"MTV Webbed" is a show that exposes true stories of people being cheated on internet.

Directed by Bhushan Patel and produced by Ekta Kapoor, "Ragini MMS 2" is a sequel to 2011 horror thriller "Ragini MMS".