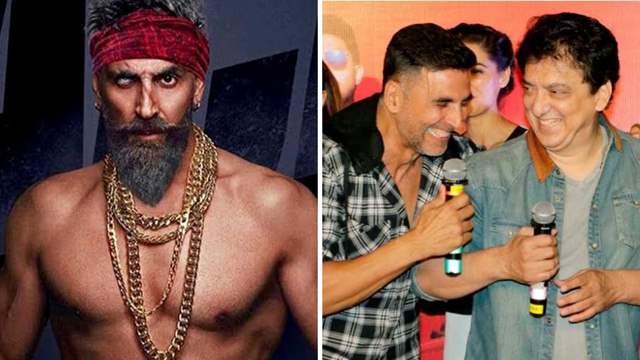 At the age of 53, Akshay Kumar is successfully giving every actor a good run for their money in the showbiz. He’s one of those actors who is always in demand and works round the year with multiple films releasing back to back.

Kumar recently stunned the audiences with his impeccable performance as a transgender in Laxmmi. Next up, he has his calendars full of exciting projects including Bell Bottom, Prithviraj, Bachchan Pandey, Atrangi Re and more.

Well, with such hold in the movie business comes an exorbitant fees scale. Reports have it that Kumar’s market value has been in the range of Rs 110-Rs120 crores for every film that he has signed during the lockdown. However, it is now being learnt that the actor has slashed his fees for his dear friend and filmmaker Sajid Nadiadwala for the film Bachchan Pandey.

As reported by Bollywood Hungama, Akshay is charging only Rs 99 crores for Bachchan Pandey, which is less than his usual renumeration. “Akshay and Sajid go down a long way and their friendship has stood the test of times from the 1990s. While Akshay’s market value per film is around Rs 110 to Rs 120 crore, he couldn’t say a no to Sajid’s request to cut down on the fees for Bachchan Pandey considering the pandemic situation. The two finally zeroed in on Rs 99 crore as the acting fees for Akshay,” a source told the website.

Interestingly, both Kumar and Nadiadwala consider 9 as their lucky number and ‘99’ crores as the acting fees is now a win win for both.

Speaking of Bachchan Pandey, the film features Kriti Sanon, Jacqueline Fernandez and Arshad Warsi in key roles. Directed by Farhad Samji, the film is touted to be a comedy and will feature Akshay Kumar as a dreaded gangster who aspires to be an actor.

The shooting schedule of the film is expected to begin in January 2021 and wrap by March.