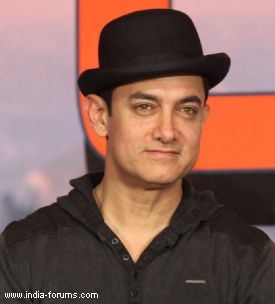 Bollywood heartthrob Aamir Khan, who attended the opening ceremony of the 11th Chennai International Film Festival (CIFF) Thursday, said that he wishes to see a chain of theatres in India which will screen films from across the globe.

"These films may not be released on a big scale but there are so many wonderful films that deserve to be watched. I really miss the fact that India doesn't have a dedicated chain of theatres which programs just for art-house films," he added.

Aamir said that these films do attract considerable audience.

"There might not be large audience for these international films but I think there is significant audience and I hope with a chain like this even the audience will grow. I think it's because of these festivals we get to watch these wonderful films from all over," he said.

The 48-year old actor-filmmaker, who is awaiting the release of "Dhoom 3", congratulated everybody associated with the festival, which was also graced by southern superstar Kamal Haasan.

"I want to congratulate all the volunteers who are part of this festival as well as the viewers. I would also like to wish all the filmmakers who have travelled from other countries a pleasant stay in India and I wish their films are received well," added Aamir.

The festival, scheduled to go on till Dec 19, will screen 163 films from 58 countries.