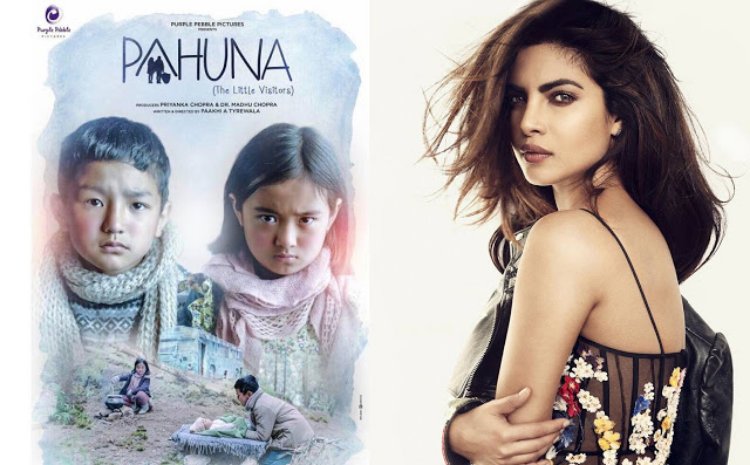 As Sikkimese film "Pahuna - The Little Visitors", produced by Indian actress Priyanka Chopra, gears up for its world premiere at the Toronto International Film Festival (TIFF) on Thursday, its director Paakhi A. Tyrewala says since the film deals with negative impact of political violence on the mind of children, she hopes for a peaceful world where there will be no need to make such film.

Sharing a little insight of the story of her film, Paakhi told IANS here: "Though the protagonists of the film are children, the film deals with a story which is an adult topic, very relevant to the present situation. Every action of adults affects children.

"Therefore, we should be very responsible for everything that we do, that we say. Socio-political turmoil and religious fights always affect children and this film shows how. I wish we do not need a film like 'Pahuna' after five years as I hope the world will be a more peaceful place by then."

"Pahuna" is being touted as the first ever Sikkimese language feature film.

It's a children's film with a realistic subject and tells the story of an unexplored land and in a language less spoken. All of these elements made it tougher to get financial support, but Paakhi loved the journey of making her first film.

"Making a film in Sikkimese language is first-of-its-kind. There was a series of discovery and that excited me a lot. But, it was not easy. People (producers and financiers) told me that they won't get returns from a children's film, that too in a language that is new to them, so finally when I met Dr Madhu Chopra and Priyanka, I actually mentioned these points at the first place.

"And then, they said, these are the reasons why they are interested in producing the film," she said.

Thanking her team, including the cinematographer, story translator, music director and sound engineer, Paakhi said: "Priyanka told me that if I can manage to make a good film, she will take me to an international platforma. Everything is happening. Hats off to my producers and the wonderful team that I have worked with. This film is as much theirs as mine."

Since Sikkim has no film industry, there are no professional actors apart from theatre actors from National School Of Drama (NSD), Sikkim. Therefore, the director had to go through an extensive process of auditioning to choose the right cast, followed by a three weeks long acting workshop and training by her mother Veena Mehta, who is an actress and lecturer at NSD.

"Oh God, that was something and I would like to tell you the story," she said excitedly.

"I auditioned and finalized two kids for the lead roles. But by the time we started shooting, their look changed, because my story is of kids of 8 or 9 years old. This is the phase of physical change, so a child of 11 or 12 years looks quite different from someone who is 8 or 9 years old. That 'baby look' goes away... They enter adulthood. So, I was like, 'Wow, now?'"

However, they later finalized two child actors from an earlier audition.

"I had (initially) rejected them because they were too tiny then, and they have done a fantastic job. They are brilliant and have all the potential to become a professional actor even in Bollywood," she said.

While the director is happy for her debut film's world premiere at the TIFF 2017, Paakhi said: "After liking the story, our producers expected one thing from me, and that was, to make a film that matches up the international standard. I think that is very important -- matching the quality, and telling a story in a manner that shouldn't look like just a regional film.

"I think we managed to do that. The cinematography is beautiful, it blends the beauty of mountains and faces of local people and local elements that give a glimpse of their world. It's a good looking fairy tale with a touch of reality."