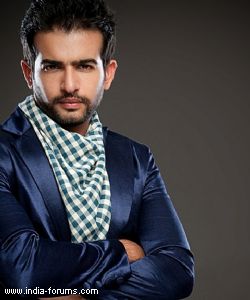 Tellybuzz brings to you yet another actor who has been approached for the celebrity dance reality show, Jhalak Dikhhla Jaa. We recently reported about Meghna Malik, popularly known as Ammaji, being approached as a contestant for the show.

The latest we hear is that, "Jay Bhanushali, popular host of Dance India Dance has been approached to host this season of Jhalak Dikhhla Jaa. Jay was a contestant of Jhalak Dikhhla Jaa Season 2. He is currently seen hosting Dance India Dance Season 3. Apart from Jay, we hear that Krushna Abhishek and Kavita Kaushik have also been approached to host, but nothing has been finalized yet."

We contacted Jay who reverted us in a text " From where does you people hear such rumours."

-simi- 8 years ago Jay is a very good host!
Hopefully he is treated better in JDJ than he is by Miithun...

Thaathi 8 years ago Jay, you're the best host ever ! You rock dude ! You really are the best

yipee 8 years ago Jay is superb as a host...will be great if he is finalized

MrRockySingh 8 years ago Yes Jay will be a good host.

aish_punk 8 years ago jay is an awesome host! i'm sure he'll do a great job in JDJ also :) of course it wont be like DID, but its worth giving a try

Shaina_b 8 years ago Kavita would make a great host!!!!!

Kareena Kapoor Khan and Karisma Kapoor are giving out major ...
16 minutes ago

Asha Negi shares that she has no hard feelings for Rithvik; ...
17 minutes ago

Ramesh Taurani Spoke To Sushant A Day Before His Demise; ...
39 minutes ago

"For the First Time in my Over Two-Decade Career I Got to ...
41 minutes ago

Janmashtami special: From 'Woh Kisna' to 'Yashomati maiya ...
55 minutes ago

Priyanka Chopra Jonas shares her excitement as she sends in ...
an hour ago

Athiya Wishes Daddy Dearest Suniel Shetty in a Loved Up ...
2 hours ago