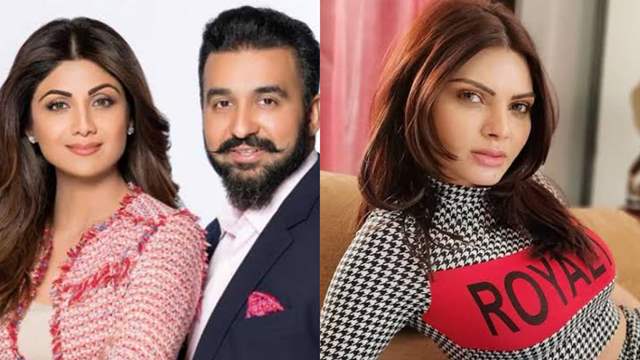 Sherlyn Chopra has called for a press conference at the Juhu Police Station today, where she claims to unveil facts about the alleged accusations made about Raj Kundra and Shilpa Shetty.

The actress will be approaching Juhu police station with her team of advocates soon.

Calling out the press conference, Shilpa Shetty and Raj Kundra issued a statement through their lawyers, stating that they will take legal action against the alleged statement that Sherlyn Chopra wants to make.

Shilpa and Raj’s lawyers in a statement said,

"The due process of law must be followed for the alleged statement that Miss Chopra wants to make. Calling for a press conference to do this reflects a strong intention to commit an offence of defamation. Anything spoken by Miss Chopra in the public domain shall be held against her in the court of Law. She shall be liable for civil and criminal proceedings before competent courts".

In August this year, Sherlyn Chopra was questioned by the property cell of the Mumbai Crime Branch for nearly eight hours.

The actress was asked about her connection to the pornography case involving businessman Raj Kundra. Speaking to the media about the purpose of the interrogation, Chopra had said,

"They asked me to share information about Armsprime media and everything related to Raj Kundra. They asked me about my agreement with Armsprime and what the terms and conditions of the contract were. They even asked about how many videos I shot with them and who all were a part of the content production.”

Let us tell you in april 2021, the actress had reportedly filed an FIR against the businessman for sexual assault.

In her complaint, Sherlyn had alleged that in 2019 Raj called her business manager for work.

After the business meeting, Raj had showed up unannounced at her house.

She had further alleged that he started kissing her even though she resisted and also claimed that the businessman told her his relationship with wife Shilpa Shetty was complicated.