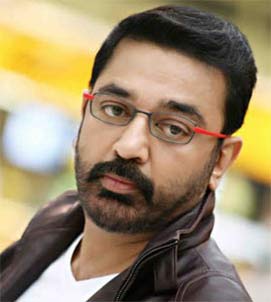 Actor-filmmaker Kamal Haasan in all likelihood may have three releases this year. He is currently busy wrapping up Tamil comedy "Uttama Villain" and is soon to start working on Tamil remake of Malayalam blockbuster "Drishyam". The sequel to "Vishwaroopam" is also gearing up for release soon.

While "Vishwaroopam 2" is ready for release, Ramesh Arvind-directed "Uttama Villain" is nearing completion.

"We had completed "Vishwaroopam 2" long back except for some patch work. It's in post-production now and should release anytime soon," Kamal had told IANS earlier.

"Uttama Villain" is slated to release in September.

"The film is expected to be completed in few weeks. The post-production work is already underway and if everything goes as planned, the movie should be released during September," a source from the film's unit told IANS.

"We plan to start shooting by July 15. We're in the process of finalizing the cast and once we're done, we will shoot at a brisk and complete the film as quickly as possible," the film's director Jeetu Joseph told IANS.