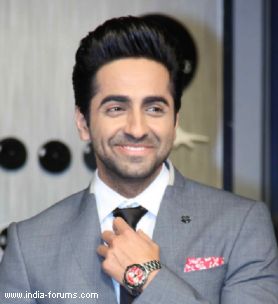 Actor Ayushmann Khurrana, who has become a father for the second time, says his newborn daughter will be his reason for learning how to be more compassionate.

"I learnt humility from my mother. Chivalry from my wife. Will become compassionate because of my daughter," Ayushmann said in a statement.

The 29-year-old and his wife Tahira were blessed with a daughter in Chandigarh Monday. They are already parents to a two-year-old named Virajveer.

"There's a birth of a father again. Was proud to be the first one to get married in my batch of 1999 of St. John's High School, Chandigarh. I'm also the youngest father. It's a feat to be a parent in your 20s. It's overwhelming! Oh boy! It's a baby girl," added the star of "Vicky Donor".

"The people of this city stood behind me like a rock": Ayushmann's ...