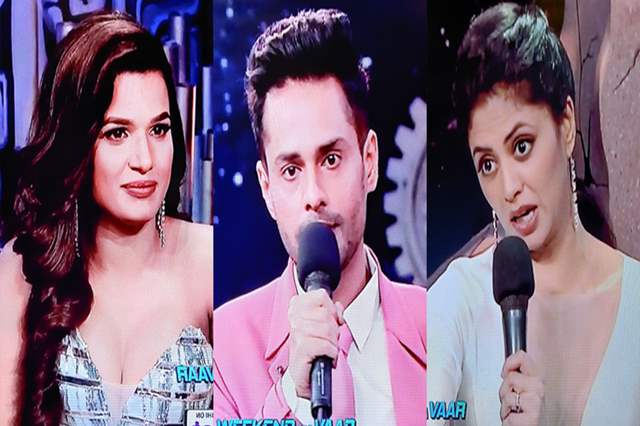 Weekend Ka Vaar tonight actually turned out to be rather below par against what all was expected out of it. Considering the promos teased fireworks between the contestants and even how Salman Khan would confront Rubina Dilaik on her objection to Khan's comments, it was thoughtt hat a lot would be going on indeed.

While all this did happen but overall the impact was basic, to say the least.

Tomorrow will finally be the day when wildcards are introduced into the show and they will be Kavita Kaushik, Naina Singh and Shardul Pandit. Kaushik's teaser introduction was smartly done where she came in as a caller for Eijaz Khan but now the freshers will get a shock as they will see how these three are the wildcard contestants.

As expected otherwise, even befor eentering the house, we will see how the new faces will enter into a verbal spat. Pandit will see himself falling into some trouble for his choice of words which are objected by Singh and Kaushik both. The former will also mention how she now has a topic to tackle with Panndit inside the house. We will also see how the current contestants, who are already in the house, will be asked to vote the fresher they want to see in the red zone.

Apart from this, Nora Fatehi and Guru Randhawa will make an appearance to promote their song and will be seen doing a fun segment with the contestants.