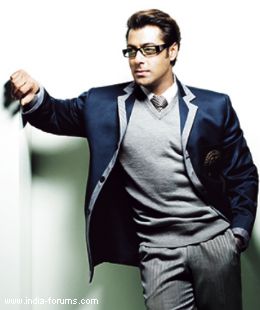 Mumbai, Sep 3 Sohail Khan was hoping to accompany his elder brother Salman for the latter's surgery in Pittsburgh, but Hurricane Irene played spoilsport.

The family's original plan of travelling to Pittsburgh via New York had to be dropped because of the Hurricane, and they took a quick decision to leave Monday night rather than after Eid (Wednesday) as planned. This led to a lot of confusion and chaos in the Khan household.

'It was decided that Salman's parents who were really keen to accompany him would stay back since Bhai didn't want Eid and Ganesh Chaturthi to not be celebrated in their household. Salman's brother-in-law Atul Agnihotri and sister Alvira wanted to accompany Bhai. But Bhai insisted that Atul stay back for the release of 'Bodyguard'. Finally it was decided that Bhai's sister and brothers Alvira, Arbaaz Khan and Sohail would accompany him,' said a source.

However, when the flight departed, only Arbaaz, Alvira and Salman's business manager left with Salman, leaving many wondering what happened to Sohail.

'I couldn't get a place in the flight! Because of the hurricane all flights are going full. There's a backlog of around 3,000 delayed and cancelled flights for the US. So Bhai left with Alvira and Arbaaz,' said Sohail.

If sources are to be believed, the Khan family did a load of online research on the best possible place for Salman's treatment before zeroing in on Pittsburgh, known to have the finest treatment for his condition Trigeminal Neuralgia.

Salman, whose latest release ?Bodyguard? opened to record-breaking first day collections, has already undergone surgery for his nerve problem that was causing excruciating pain in his head, jaws and cheeks. He is fine, and recovering, according to Agnihotri.

?Bhai doing fine. His medical procedure happened yesterday in Pittsburgh. This was the first step. Now the doctors will monitor him to study the results. He was in the operation theatre for eight hours. He is under observation for three days. Then the doctors will take a call on the further course of treatment. God willing, he will heal soon,' he said.

After the treatment, Salman might work only on one movie, Kabir Khan's ?Ek Tha Tiger?, for the rest of this year.