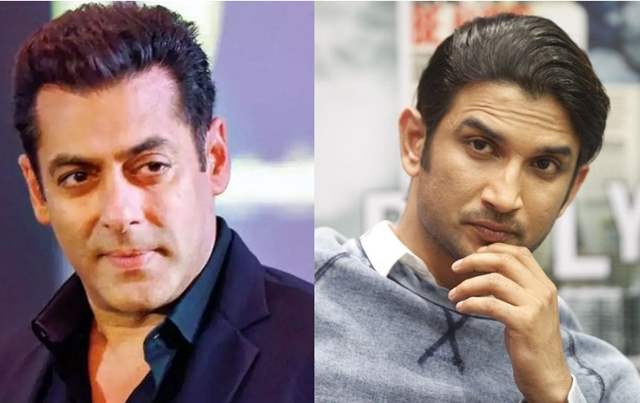 Sushant Singh Rajput's sudden and unfortunate demise has shocked the whole nation. The actor breathed his last on June 14, 2020 at his residence in Bandra, Mumbai. Since his demise, a lot has been going around in the industry and the media.

While the post-mortem reports of the actor have ruled out any foul play in his suicide case and has revealed 'asphyxia due to hanging' as the reason of his death, there have been several reports stating that professional rivalry instigated the actor to take this drastic step. And these reports further sparked a huge debate over 'nepotism in Bollywood' and social media users have been blaming many Bollywood biggies for not allowing outsiders and new comers to carve a niche for themselves in the Hindi film industry. One name among the many is of superstar Salman Khan.

Now, a source close to the actor has opened up and given factual details of how blaming Salman Khan in Sushant case is completely unreasonable and unfair.

The source reveals that Sushant's death has come as a big shock for the whole industry but on the other hand, what's more shocking is, blaming a person for no reason and holding him responsible for Sushant’s suicide. This not only puts a pressure on the ones being blamed but also bothers the the near and dear ones.

Further, the source shared, how we are all aware about social media being a vicious space of easier blames but this time we have failed to see on the flip side and to blame Salman Khan for Sushant Singh Rajput’s suicide is unfair on all grounds.

Giving more factual details, the source added that one can blame Salman for thousand other things, its still understandable but not Sushant Singh Rajput. It’s just that Sushant and him have had no reference with each other, they belonged to two different planets of Bollywood. Salman has had nothing to do with SSR. There was no casting incidents, there was no point of intersection between the two. Whenever they interacted they interacted cordially, whether its was big boss or his birthday parties.

Concluded the source, "While we all understand the emotions behind the vitriolic social media response and to an extent empathize with it, it’s time to be objective and truthful. Let’s not play futile blame games. Yes, industry needs to change for the better, like every other industry but let’s not use someone's tragic death to lynch others."

lechuarshi 1 months ago Yeah yeah poor poor salman. He is so innocent, he only knew how to drunk drive and kill people and deer and support another murderer Suraj pancholi and just destroying careers of whoever stand against him. List goes on and on.. Poor innocent salman😏

zone87 1 months ago What does Salman have to do with ssr demise ? Blame Karan Johar why blame Salman ? Totally nonsense!

Tippy-top 1 months ago Who is trying to clean Salman's image again? You can't befool people all the time.

prerna27 1 months ago how much time does it take to dig out this particular picture of SSR for this article... may be googled like "SSR not smiling pic"