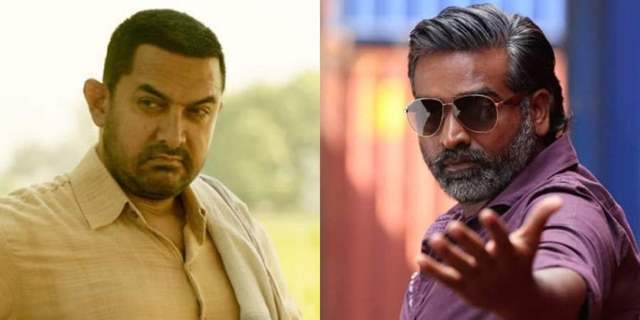 It was a dream come true for fans of mega star Aamir Khan and South actor-producer-lyricist-dialogue writer Vijay Sethupathi to see them working together in a film. The south star was acting in Aamir’s home production Laal Singh Chaddha (an official remake of Hollywood movie Forest Gump).

Everybody was waiting for the duo to shoot, from October once the lockdown was lifted but unfortunately, Vijay and Aamir could not work together. The people most excited about Setupati doing the film were Aamir and Advait. Because they are huge fans of his work.

The pandemic which has created havoc in the schedules of many actors and actresses who have had to leave projects was the reason Vijay had to leave LSC.

Last year when director Advait Chandan, Aamir and Vijay spoke to discuss the role, the trio were extremely excited about working together. Aamir is known to be tight-lipped about all his movies, and nobody except people close to the project, knew about Vijay’s role.

During the lockdown, Advait, Aamir and Vijay would keep discussing Vijay’s look, which they all loved. Everybody was charged about their shoot and waiting for it to roll after the lockdown was lifted but it seems like things were not meant to be.

The lockdown caused many movie shoots to be rescheduled etc and Vijay had to honour the dates of his films which he was already a part of. Aamir, Advait and Vijay discussed it among themselves trying to resolve the situation. The south star had to finally opt out of the movie to honour his other prior commitments.

Vijay has been juggling his dates and shooting in different places for completion of his various projects and while he, Aamir and Advait tried their best to accommodate him in LSC’s schedule it didn’t work out so they parted ways amicably, on the note that they will definitely come together for a different project in the future.