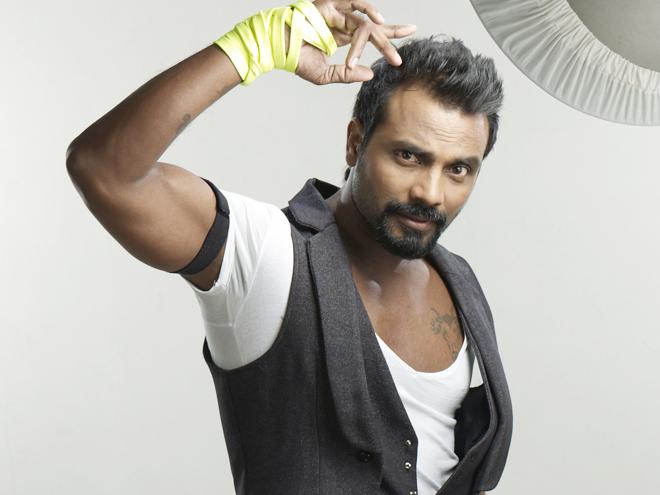 In the upcoming episode of Jhalak Dikhlaa Jaa 8 on Colors audience will get a glimpse of a mysterious man who will not only add on to more fun in the episode, but also will make somebody's day.

Who is the mysterious man?

The man whose takiya kalam 'this is it' used to overwhelm the contestant in the previous season of Jhalak Dikhla Jaa.  You all guessed it right, he is none other than ace choreographer Remo Dsouza.

Remo, currently judging Dance Plus, was shooting for his show near Jhalak Dikhla Ja set and so to relive his memories, he dropped in on the sets. When he entered, Rapper Raftaar was performing with his Choreo partner Sneha. Soon after the performance got over, Remo said his Takiya Kalam and left.

Remo's turned out to be a lucky charm for Raftaar as he got his first forty marks after getting Remo's precious comments. Raftaar performed on the song Lahu Muh Lag Gaya and imitated Ranveer Singh.

So are you all excited to witness Remo back on Jhalak Dikhla Jaa?

+ 2
5 years ago Wow Remo, I miss him and Madhuri in Jhalak Dikhalaja. They are best.

+ 5
5 years ago TB Raftaar already for a 40 last week! Check your facts! You are fast enough to reveal Faisal's and Vivian's 40s but not Raftaars! What a spoiler site! Amazing!

+ 3
5 years ago Lmao!!! People are complaining about Sanaya and VD getting too much coverage on an article that doesn't mention either of them???
Frustrations at not being able to instigate fan wars on the forum has led to these desperate measures...how pathetic!
Sanayaholics and VDians rock!

5 years ago be honest i don't know what basis judges giving marks... in face of round it was kavitha better than raftar ...but she eliminated. about vivan ...i like vivan that doesn't make me to say "vivan deserve 40 " its bhavan's performance ...bhavana covering him ...he is just being her shadow . some one said motion round Shamita gave a sexy performance in the 'jhalak in motion week'' it was motion week ...she didn't take any risk like vivan did ..did she ..dancing on a moving stage is not a big thing ... why people dragging sanaya and vivan to unnecessary comments ...i don't know how was raftar's performance ..i can't criticize it before watching, and all contestants are giving their best ,,fisal is very good ..scarlet too ..." about 1000000000 article presented as a gift by tellybuzz!" because they are working on demand of viewers... all the best to all ...sanaya love u

+ 4
5 years ago Sanaya Irani You Rock.Keep Improving .Haters Also Contributing For Your Buzz Points .See How Much They Love You.A Article Nothing Do With You .Yet They Drag You In It.More Than Fans These Haters R So Obsessed With You Sanaya Irani .Keep Up The Hard-work.Love You Loads Sanaya Irani.
@Anisha N Zesty Well Said .

+ 3
5 years ago Why are people crying about partiality on SI & VD when they are not even tagged in this article? Most of the comments are for SI & VD here than Raftaar and then they cry foul.. koi articles nahi mil rahi doosre contestants par.

+ 4
5 years ago Obviously IF will be partial yaar! IF loves hits on their site and who gives them hits? Not just the fans of SI and VD, even people who hate VD and SI stop by and comment on an article that has got nothing to do with SI and VD!!!