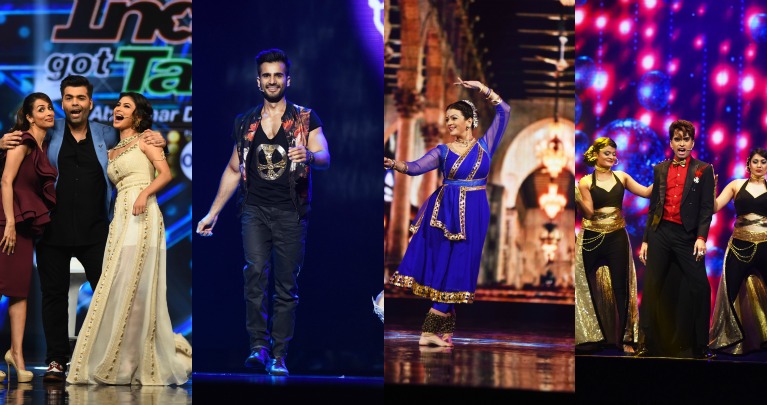 Colors' popular talent hunt show India's Got Talent, which is all set to his the screens soon, has engaged many popular faces of our tinsel town for its initial episodes.

While the show aims to showcase the talent and ability of the common man and entertain the judges too, our popular TV star will leave no stone unturned to entertain them and the viewers as well.

Dancing and entertaining is must. So what have the celebs prepared for their entertainment quotient?

Adding further our source says, "Karan Tacker sang and performed with the dancers on Subah Hone Na De and also bonded with Karan Johar while singing the title track of Kuch Kuch Hota Hai (slow version). Mouni Roy sang "Galiyaan" from the movie Ek Villain and also had a moment with Malaika Arora and Karan Johar while they danced on "Om Shanti Om"."

However, the judges were very happy to see the stars from the entertainment industry coming forward and portraying their talents on the stage on India's Got Talent.

7 years ago Commenting only for Tacker!!!

eagerly waiting for this one!!!