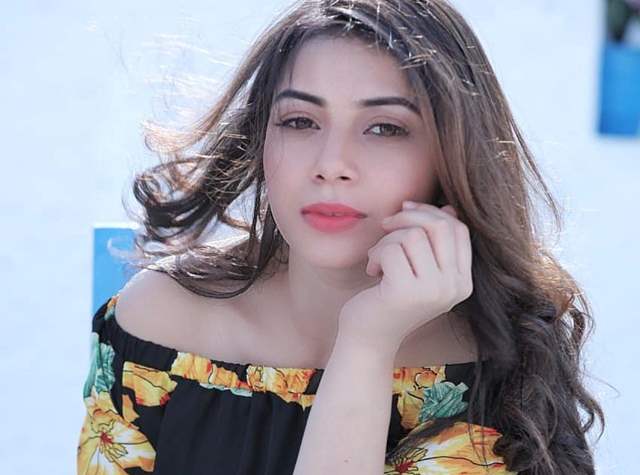 As a part of the exciting content extravaganza that Zee TV is offering its viewers in the festive month of October, the channel presented a fresh fiction offering, Apna Bhi Time Aayega recently. The show follows the inspiring narrative of a young daughter (Rani) of the head servant in an affluent family of Jaipur, who refuses to be tied down by her humble roots. The show will see her breaking free from the shackles of her background as she chooses to carve her own destiny. The family drama also debunks the deep-rooted class system and questions its unwritten rulebook of ‘aukaat’ in our society, which almost curtails the chances of the lower strata in taking charge of their destiny and rising above their means.

While Anushka Sen (Rani) and Tannaz Irani (Maharani Rajeshwari Singh Rajawat) grabbed everyone's attention with their fantastic portrayal of their characters, it is Sehrish Ali who has also been impressing everyone. Playing the pivotal character of Nandini Singh, Sehrish has been working round the clock for Apna Time Bhi Aayega as her character becomes central to the current track. In fact, the actress recently shot for an intriguing sequence even though she was injured. Sehrish injured her back very badly while working out in the gym recently. However, with the whole cast shooting for an important sequence, Sehrish refused to miss the shoot. While the actress was advised to rest it out, she being a thorough professional continued shooting despite her injury.

Talking about the incident, Sehrish who plays the character of Nandini Singh in Zee TV's Apna Time Bhi Aayega also mentioned, “It is indeed a sad incident, but things like this happen, so I am moving past it and working towards recovering. I had recently slipped while working out and injured myself. It was definitely very painful and I thought for a moment, that I will not be able to get up but I’m fine now. However, at that point of time, I was only worried about my work and nothing else. I would hate it if my work has to suffer because of such an accident. Hence, I decided to complete my pending shots for Apna Time Bhi Aayega, before taking a break. The production team took absolute care of me and have given me time to recuperate and I really feel blessed to be working with such an amazing and supportive team.”

While we wish our favourite Nandini a speedy recovery, a lot of unpredictable twists and turns in Apna Time Bhi Aayega will keep the viewers hooked in the upcoming episodes. We recently saw how Rani passed her exam with good numbers and she believed that Rajeshwari would give her a good job. However, she had other plans for Rani and offered her Ramadheer’s place, hiring her as the head maid. While this upset Rani terribly, she continues to try and convince Maharani Rajeshwari to give her another job. What will happen next?