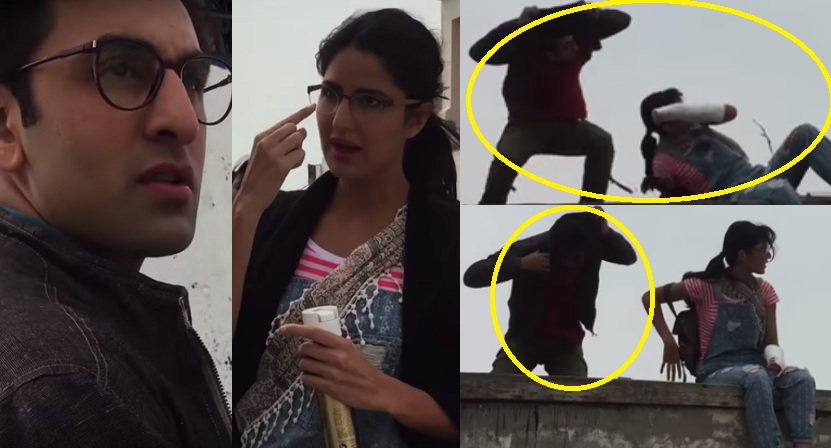 Jagga Jasoos is a film which is high on adventure, but this new behind the scene video showcases the team's off-screen adventure which they had while shooting.
The team of Jagga Jasoos has released yet another interesting behind the scene video; in which the crew present had faced an attack from a flock of seagulls flying around them.
Ranbir Kapoor and Katrina Kaif are seen shooting a chase sequence in the video when they are attacked by seagulls hovering around them.
Also both the actors had to slide down a building together with the support of a wire in the sequence.
Watch the video here:
&feature=youtu.be
The video also gives us an insight how both Ranbir and Katrina overcame their fears and effortlessly delivered the scene.
Jagga Jasoos revolves around a school boy who is in the search of his missing father. What unfolds are a series of adventures and findings for the young boy Jagga.
All the content pieces which have been released including the trailer, songs and the behind the scene video's have built umpteen excitement for the film amongst audiences.
Disney and Pictureshuru Production's Jagga Jasoos directed by Anurag Basu is set to release on 14th July 2017. The film stars Ranbir Kapoor and Katrina Kaif in the lead with music composed by Pritam.
0 Likes