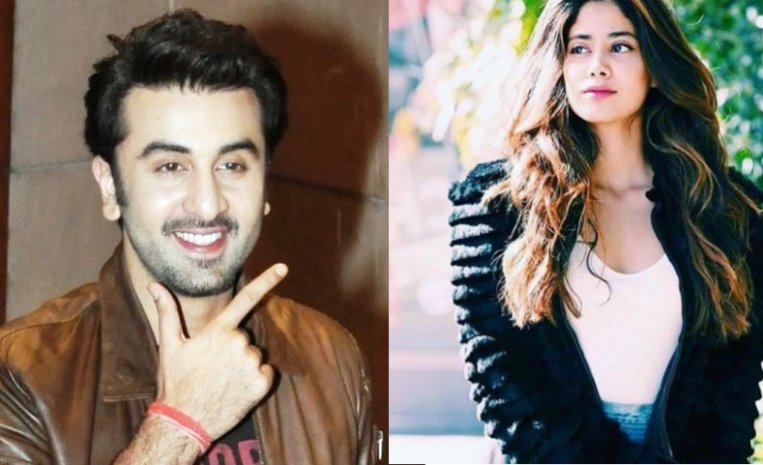 Sridevi's elder daughter, Jahnavi Kapoor has a huge crush on Ranbir Kapoor.
Reports claim that Jahnavi's heart sank when she met Ranbir Kapoor at a recent party. She couldn't control her excitement after having a small chit-chat with her "crush".
According to Mumbai Mirror, RK and Jahnavi happened to be in same at the party. While Ranbir greeted Jhanvi in a cordial manner, Jahnavi turned pink on meeting Ranbir. She was so mesmerized by his charm that she followed Ranbir around the room throughout the evening. Her fan girl act did surprise everyone.
0 Likes

“I am So Aware of My Privilege. I Often felt Guilty about it": Janhvi ...

BettyA1 3 years ago Oh please! What fan girl? What crush?

She's doing this for her career, once she gets one :)

Rishina Kandhari talks about resumes shooting, her perfect ...
20 minutes ago

Ye Rishta Kya Kehlata Hai: Kartik to take care of his ...
31 minutes ago

Sushant Singh Rajput fans gear up for a second round of ...
31 minutes ago

Sushant’s Brother-in-law Messaged, ‘Please Keep My Wife Away ...
41 minutes ago

Tinaa Dattaa to make her digital debut with 'Naxal'!
55 minutes ago

Breaking
Breaking After shooting from home, Aamna Shariff back on the sets of ...
2 hours ago