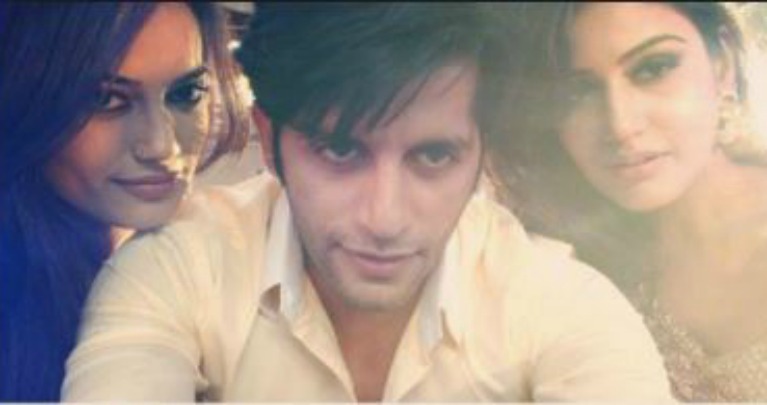 Post shows go off-air, the entire cast breaks down and they go on to be part of various shows. However, if the team is bound too close, the actors are fortunate enough as they keep meeting regularly and re-unions are a regular affair.
And, in one such instance, the cast of Qubool Hai, including the likes of producer Gul Khan and others had a nice re-union last night. The re-union had Karanvir Bohra, Shehzad Shaikh and others.
Have a look at the picture below:
The picture SPELLS mad fun, doesn't it?
And oh, if you're thinking that is it then it sure isn't! This video of Surbhi Chandna and Surbhi Jyoti dancing the chippad dance will show you a never-seen-before avatar of the beauties.

Aren't they a cool lot of friends!
7 Likes

Surbhiholic55 3 years ago Surbhi Jyoti love you so much. Hope to see you soon in the new show. Miss QH and whole cast .

suganti 3 years ago Miss you onscreen Surbhi Jyoti...come back soon

greyanastasia 3 years ago Love you surbhi jyoti sooo much, you are the bessttt

Surbhiholic55 3 years ago Love the bonding of everyone. Surbhi Jyoti hope to see you soon in new show.

"She thought Ending her Life was a Better Option": Sonakshi ...
29 seconds ago

Randeep Hooda Expresses Shock; Voices his Concerns and ...
12 minutes ago

Deblina Chatterjee to be seen as Lakshmi in Vighnaharta ...
29 minutes ago

Here’s why Akhilendra Mishra initially denied playing the ...
31 minutes ago

Sushant Searched about Painless Death, Trouble in ...
38 minutes ago