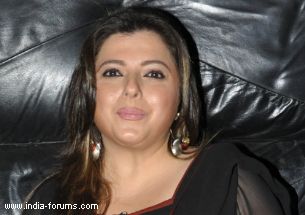 Actress Delnaaz Irani, known for her bubbly characters on the screen, is thrilled to don the role of Rani Saheba for a new sitcom titled "Akhbar & Birbal". She says her character made her feel like a queen.

A Meenakshi Sagar production, the show is a historical comedy based on the stories of 'Akbar and Birbal'. While Kiku Sharda will be seen as Badshah Akhbar, Delnaz will be seen as his wife.

"I have been a part of a lot of sitcoms for many years now, but when I was offered the character of Rani Saheba, I just couldn't refuse it! The team has spent a good amount of time in developing the look of my character and I hope the audience likes my new avatar," Delnaz said in a statement.

"I'll be portraying the character of a queen so, I had to improvise on the mannerisms and 'adah' as a reflection of the same. Through this role, I feel like a queen myself," she added.

The show is slated to go on-air by March end on Big Magic.