There is an abundance of music, entertainment and colors in Bollywood. Speaking of the third, it is hard to ignore the fact that over the past few years, Hollywood movies have been inclined towards a color palette of orange and teal. When it comes to the former, Bollywood isn't that far behind either. The color, which signifies joy and warmth, has been used in Bollywood movies in diverse ways. Be it Madhuri Dixit's iconic orange sari in "Dhak Dhak Karne Laga" or the predominantly orange tone in "Channa Mereya" from Ae Dil Hai Mushkil (2016), orange has always found its way onto the big screen. We, at BollyCurry, have decided to grace our viewers with the trend of orange over the years in Bollywood.
Featured Video 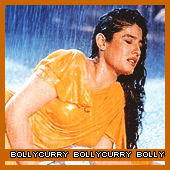 Orange seems to be a favorite for rain songs, probably because it stands midway between the fierce red and the energetic yellow. For instance, Raveena Tandon set fire to the rain with her sensational performance in "Tip Tip Barsa Pani" from the 1994 super hit film Mohra. 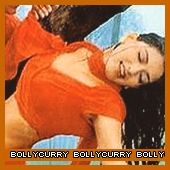 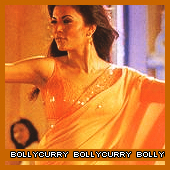 The list doesn't end there; Katrina Kaif sizzled in an orange sari in "Gale Lag Ja" from De Dana Dan (2009), turning up the heat a notch. Finally we have Kareena Kapoor Khan's performance in "Zoobi Doobi" from 3 Idiots (2009). Khan, who predominantly donned a simple attire in the movie, looked both graceful and alluring in her attractive orange sari. In short, Bollywood rains seem to be screaming - color me orange! 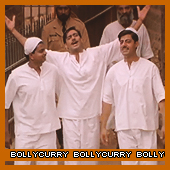 Now let's move to another domain of Bollywood where orange has been utilized effectively - Bollywood's lyrics. From "Mera Rang De Basanti" in The Legend of Bhagat Singh (2002) to the title track of Aamir Khan starrer Rang De Basanti (2006), orange has been portrayed as a symbol of hope and patriotism. While one requests Mother India to instill the freedom fighters with the spirit of patriotism, the other describes how passion for one's motherland helps in creating a vibrant future; without the blood of our brave warriors, we could never have obtained freedom. 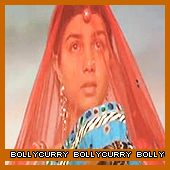 "Kesariya Balam" is a Rajasthani folk song which celebrates the coming home of a Rajput warrior. This song has been featured in three Bollywood movies namely Lekin...(1991), Dor (2006) and Nanhe Jaisalmer (2007), all aptly set against the backdrop of Rajasthan. Kesariya (saffron), which symbolizes hope and courage, is a direct contrast to the arid desert and it expresses the longings and desires of the characters. The next song which finds its way to our list is "Sasural Genda Phool" from Delhi-6 (2009). 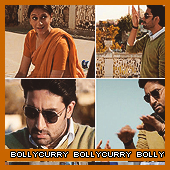 It has a newlywed comparing her sasural to a marigold; at a quick glance one doesn't feel a special affinity for the flower, but it slowly grows on you. Bollywood geeks can never forget Shah Rukh Khan and Kajol's romantic performance in "Gerua" from Dilwale (2016). Instead of the usual red, gerua (orange) symbolizes their love as it is a really uncommon word, almost lost in time, just like the protagonists' relationship. 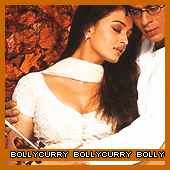 Treading away from music, we now head over to cinematography, one of the most important aspects of film-making. In Mohabbatein (2000), orange maple leaves hover about, accompanied by a melancholic background score. The film revolves around the relationships of three young couples, and their different attitudes towards love, uses the maple leaves to convey the idea that love is neither alive like a green leaf, nor dead like a brown one, rather, it's somewhere in between. 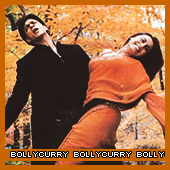 In the song "Tumhi Dekho Na" from Kabhi Alvida Naa Kehna (2006), the autumn backdrop of NYC's Central Park, and Rani Mukerji's orange sari provide a romantic appeal to the song. And we can definitely not forget the oranges rolling down a hill in "Ooh La La" from The Dirty Picture (2011), adding to the flirtatious nature of the song.
Bold, beautiful and enthusiastic, orange has hijacked many movie posters in the West. However, when it comes to Bollywood the color has served some unique roles. Over time, even though our industry has evolved, our love for colors is ceaseless. From Kisan Kanya (1937), India's first color film, we've never looked back at the black and white past. So to put it bluntly - we breathe colors, and colors define us. What is your favorite memory associated with the color orange? Share them with us in the comment box below.

+ 4
5 years ago You have written beautifully Shirisha... I have never noticed this orange fondness of Bollywood before reading this article. :P