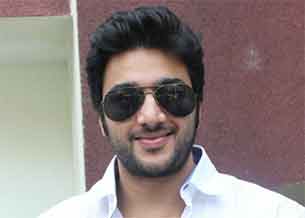 Actor Sathya, who is awaiting the release of Tamil romantic-drama "Amarakaaviyam", says that when his actor-brother Arya recently watched his film in a private screening, he patiently waited for his feedback as it mattered to him the most.

"I was away from the country when Arya saw the film and I was keeping my fingers crossed to know his reaction. He had called and spoken to everybody about the film but not me. Finally, when my mobile screen flashed his name, I was nervous. But the nervousness died within seconds when he said, Bro, proud of you," Sathya declared.

It was Arya, who persuaded Sathya to play the lead in the film.

"I was lucky enough to hear the story of the movie during several casual interactions with the director. With a sense of envy, I had proposed many names for the hero's role. One fine day, when my brother Arya asked me if I would be interested in playing the lead, I jumped in glee," said Sathya.

"I know for sure that this would be a great opportunity for me to mark my presence through this film," he added.

Directed by Jeeva Shankar, "Amarakaaviyam" is produced by Arya. It features debutant Mia George as the female lead.