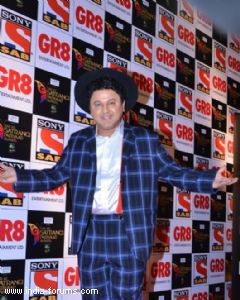 TV actor Ali Asgar, popular as 'dadi' on 'Comedy Nights with Kapil', says superstar Salman Khan offered him a role in 'Kick', but he could not do it because of his prior commitments to daily soaps.

However, Ali, who worked with Salman in 'Partner', hopes to work with the superstar again in future.

"I got an offer for the film ('Kick'), when we went for 'Bigg Boss Saath 7'. There, Salman bhai asked me to do a film. On the sets, Salman said: 'Will you do a film with me?' I said, 'Yes, sir'. Then within one or two weeks I got the offer for the film," Ali told reporters here at India Kids Fashion Week.

"But unfortunately I could not do (that film) because of my daily soaps. But I hope somewhere down the line, I will get to work with him again," he added.

Besides, 'Comedy Nights with Kapil', Ali is also working on another show 'Jeannie Aur Juju' on SAB TV.

Produced and directed by Sajid Nadiadwala, "Kick" features Salman Khan and Jacqueline Fernandez in the lead role. It is slated to release in July.

Recently, Salman visited the sets of the show 'Comedy Nights With Kapil' to promote his film 'Jai Ho' and Ali enjoyed shooting with the actor and is all praise for his 'down to earth' attitude.

"He (Salman Khan) enjoyed a lot and we didn't feel that he is such a big star, though he is. He is such a down to earth person and makes everyone relax," Ali said.

"He shot till 3 a.m. for 'Comedy Nights With Kapil'. It was an amazing episode," he added.

+ 3
8 years ago Why should he take up Salman's film where he will play some nonsensical sidekick? Better to be a King of a small province than a beggar in a big country.

+ 3
8 years ago i love dadi &lt;3
my fav cnwk was d salman one...he looked relax nd was enjoying everybit of it...
hope u get many good offers...talented actors like u deserve it :-D

+ 2
8 years ago Doing a great job as juju and dadi. Loving jeannie aur juju. and Rubina as Jeannie!

+ 5
8 years ago jai ho will rock... even shweta was offered a role in jai ho but daily soap commitments got in the way. its good tht these tv actors get offers in BW cos they r talented

+ 5
8 years ago JAJ rockss. Ali is doing a fab job as juju. Loving Rubi as Jeannie

8 years ago Loving rubi as jeanni.jaj is very nice.ali is talented.all the very best to him.

he is the best character from knwk

8 years ago Yo are rocking as Dadi...