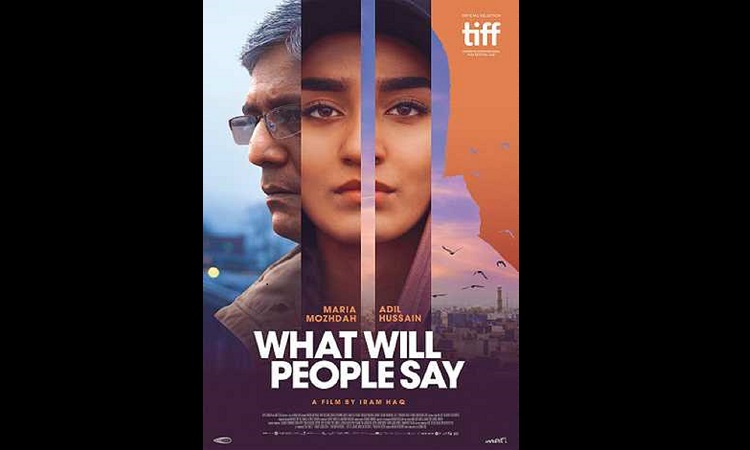 It is widely believed that every individual has a story to tell. Then why is it that some stories seem so much more relatable than others? And why do some human beings suffer and endure more suffering than others?

Being a rebellious soul always invites more trouble. I am not too sure if the teenager protagonist Nisha (Maria Mozhdah) in director Iram Haq's self-inspired story of cultural oppression, means to be a rebel. Sure, she has a double life (like most of us do at some point in our lives) as an obedient Pakistani daughter to a strict but loving and not unreasonable father (Adil Hussain, as credible as ever) and as a normal Norwegian citizen who goes out with her friends for fun in the night.

One night, Nisha invites her Caucasian boyfriend into her home. I don't know why she would do anything so foolhardy. But this is that life-defining moment when her life changes radically.

The director, though relatively new to the craft, demonstrates an enormous command over Nisha's scattered dismembered destiny as she is whisked away from her home in Norway to her native village in Pakistan for what can be regarded as a steeply subverted homage to Shakespeare's "Taming Of The Shrew".

Yes, Nisha must be tamed. Her natural adolescent urges must be quickly nipped in the body. She must be circumcised, at least in spirit if not in flesh.

All of this is put across in this hard-hitting drama in the frenzied tone of a narration that's running out of time. And yet, miraculously, director Iram Haq doesn't allow hysteria to permeate the narrative. Throughout, the director exercises an astonishing control over the staggering proceedings, never stumbling over the boulders of bigotry that are laid in Nisha's path, never elevating her to an injured martyr or demonising her dad.

That the two parts are played by actors who are in complete command of their characters' compulsions is indeed providential for the plot.

Adil, who never fails to rise to any occasion, plays the father with immense empathy. He turns what could have been an occasion for "honour killing" into a genuine family crisis. Never add to the drama of the daughter's cultural discord, never taking away from its true dimensions.

Semi-newcomer Maria Mozhdah is a revelation. She penetrates every heartbeat of her character and transforms in front of our eyes from a free-spirited girl in Norway to a veiled guarded haunted young woman in Pakistan. This is one of the finest portrayals of oppression I've seen in recent times.

Two episodes from this slice-of-strife cinema stood out for their jolting viciousness. In one Nisha, out on the street with her hesitant gentle beloved in the dangerous street of Pakistan, is apprehended by debauched corrupt cops. The humiliation that follows is every girl's nightmare come true, crushing enough to snuff any signs of sexual awakening in the impressionable mind.

In the other sequence, Adil makes his screen-daughter stand at the edge of a cliff and asks her to... well, jump.

Miraculously at this precarious point, the father seems more haunted and cornered than the daughter. The fact that I didn't hate this desperate father at that moment says volumes about the emotional equilibrium that the narrative practices even as it refuses to preach or judge the characters for their seemingly awful actions.

Nisha's story will haunt you for a long time. Not only because it is so traumatizing but also because it is a story that will seek a resonance in every oppressed society that has ever questioned belittled challenged and crushed a girl for feeling anything below her neck.