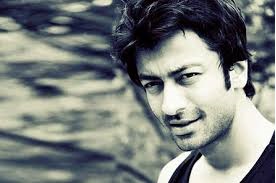 TV actor Jatin Shah who was seen in some of the most popular shows such as Kahaani Ghar Ghar Ki, Kasautii Zindagii Kay, Kasturi, and reality show Nach Baliye 4 took a backseat from the fictional space.
While he tied a knot last year, Jatin has been actively doing episodic shows such as 'Crime Patrol' on Sony TV and 'Pyaar Tune Kya Kiya' on Zing.
When quizzed about taking up a daily soap, he stated, "I am not in a hurry to take up acting. I have started my own company which does not pertain to media. I always wanted to have my own company and once it stabilizes, I will look for suitable characters to essay on television. I have never prioritized things in my career. I just want to keep myself busy by doing something productive."
Good-luck Jatin!
1 Likes

'Aladdin's Naomi Scott To Star in 'Distant'
2 hours ago

Amidst Investigation, Ellen Gets Support From "Friend" Katy ...
5 hours ago