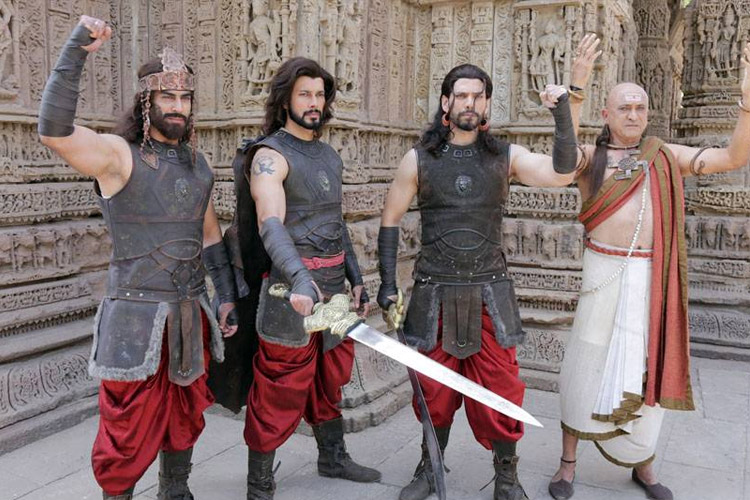 Television is no more considered to be a medium lesser than films as with every passing day, we come across instances about how even major league film stars are venturing into television with novel concepts and big shows.
In a similar instance, we are awaiting Star Plus and Baahubali writer, K. Vijayendra Prasad's Aarambh which is all set to go on-air next week.
The show has already been in the news for its grandeur and mammoth scale of shooting and here is another piece of news that is set to get your eyeballs rolling.
The show has an epic war sequence being shot between the Aryan and the Dravidian clans and this sequence is touted to cost Rs. 1 crore.
Yes! You read that right.
Considering the success of the Baahuhabli franchise and the scale it presented on the big screen, the makers wanted to do justice to Aarambh as well and after months of extensive planning, rigorous shooting schedules and unending training of the actors, the war sequence was planned. It took around 10 days for the crew to shoot this sequence.
Costing around Rs. 1 crore, this sequence in Aarambh becomes the most expensive scene in the TV history!
What do you have to say about the same? Leave in your comments below..
1 Likes

awida 6 years ago Very funny. Does Abhishek Bachchan think that he and Uday are after the success of Dhoom franchise?