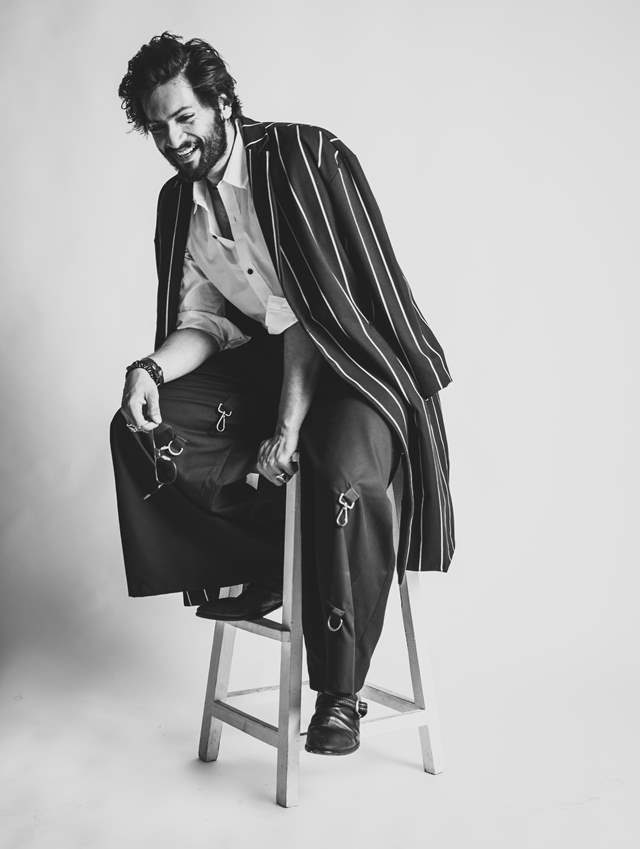 Even though the dubbing of his much-awaited Amazon Prime series Mirzapur 2 is keeping him busy these days, Ali Fazal decided to show support to the ongoing humanitarian crisis in the country by lending his voice to the uniquely animated visual journey called Tasveer.

Directed by Ashutosh Pathak, the short video is a thoughtfully crafted cry with satirical layers to it. The poem highlights the need for kindness in today’s times. Given the fact that privilege needs to be known, understood, and acknowledged, Tasveer urges people to be empathetic to the less privileged. As the COVID 19 pandemic turned into a severe humanitarian crisis in India, Tasveer weaves into its writing an urgent sense of shame and a need to apologize to those who have suffered.

The couplet written by Ashutosh Pathak has been converted into an animated video with music given by Neel Adhikari, directed and created by Ashutosh himself who is an animator, to which the actor has lent his voice. What really lured him to collaborate on this is the theme of Tasveer and how it strongly resonates with his own sense of ideals. It strongly projects a thought that was lingering within him for many months now, primarily triggered by the pathos of daily wage workers who are struggling to make ends meet.

Ali says, “It’s a truth poignantly penned by Ashutosh, that I found myself lucky enough to be able to lend my voice to. The idea was to keep the tonality not too much in the face because the visuals were going to be strong as they are. The words had to seamlessly slip into the skin of the reader and yet be strong enough to be heard. The best thing about art is it gets to place mirrors in the face of society and even ask some relevant questions. I don't know what our better versions look like, but we’ve all seen our worst as humanity this year."

Adding to his thoughts, the creator, Ashutosh said, “Tasveer is a portrait of us - the privileged middle class. COVID has laid bare the class divide of societies. I remember burning with shame and helplessness as we watched the workers walk home from the comfort of our living rooms.  I found that Ali shared this feeling, and together we found a way to voice it through this poem. Tasveer is our apology, our promise to be kinder to people around us in the post-COVID world."

Ali Fazal goes unfazed with #BoycottMirzapur trend over his anti-CAA ...

Ali Fazal reacts to Boycott Mirzapur trend: This has really gone down

"An Indian film about a farmer in the hinterland can’t cast Tom ...