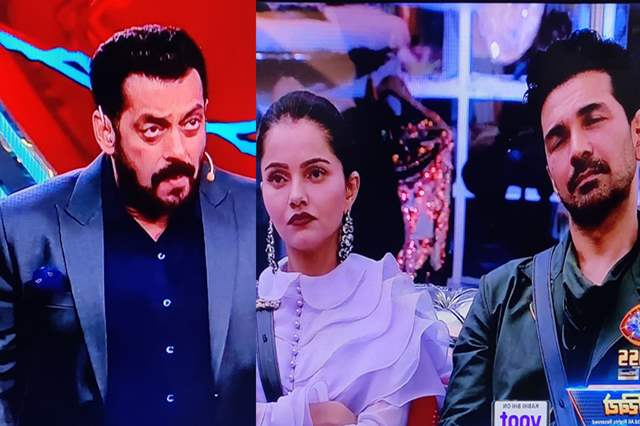 Bigg Boss 14 witnessed another power-packed episode go by and while Rahul Vaidya's decision to make Kavita Kaushik the captain is controversial even now but it was a crazy day in the house. It ended on a sweet note with Nikki Tamboli and Jaan Sanu patching up of sorts but till when will this be an actuality, we will have to wait and see.

Tomorrow's Weekend Ka Vaar episode will be what many expected out of it where host Salman Khan will be seen schooling Abhinav Shukla on his strategy or way of playing the game and trying to find an easy way out in the show. However, as known, producer and creator Ekta Kapoor will be coming in to promote two of her upcoming Alt Balaji series.

With Kapoor coming in, a lot was planned and finally some genuine fun will be witnessed. Kavita Kaushik and Rubina Dilaik will be asked to imitate  Eijaz Khan and Pavitra Punia respectively while Nikki Tamboli, Pavitra Punia and Eijaz Khan will asked to imitate Jasmin Bhasin, Rubina Dilaik and Abhinav Shukla respectively. While the former combination will be enacting the sacrificing task situation between Punia and Khan; the latter combo will enact Bhasin's crazy outburst towards Vaidya situation.

This will be taken in complete jest and fun by everyone involved. We also know that Kapoor has the immunity stone and she will be choosing one contestant who gets it.