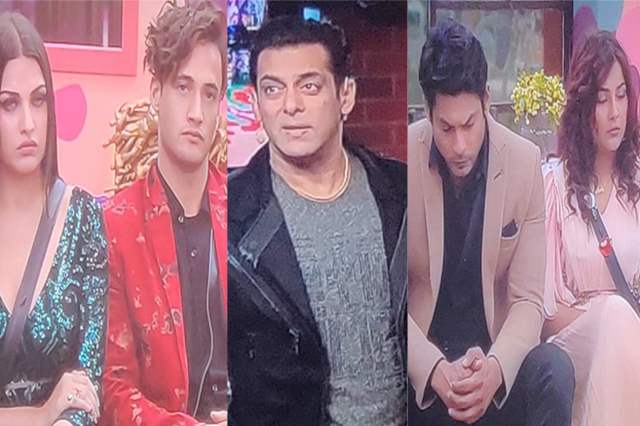 It was no secret that the abundance of fights that happened between Sidharth Shukla-Asim Riaz, Himanshi Khurana-Shenaaz Gill and others would be the main topic of conversation on Weekend Ka Vaar with Salman Khan.

However, it was rather surprising and at the same time, good to see that Khan adopted a calmer demeanor to reprimand the contestants and this was probably the best of Khan I have witnessed. Even though he slammed the contestants in their own ways, his way of doing it was applaudable.

In the process, he even questioned Colors channel's decision to keep the contestants in spite of committing such violence to highlight how some fights are even facilitated by the creatives in order to draw attention, it was indeed a sight to watch.

Here's what people have been saying about the weekend episode overall-

Arjun Bijlani on Reports of Being Replaced by Sidharth & Shehnaz: As ...

Are Some Fans of Bigg Boss 13's Asim Riaz, Rashami Desai and Sidharth ...

Meena_J 8 months ago Its already scripted. Bigg Boss is going to make their favorites win: Shukla, Rashmi, or Devoleena. Probably shukla or rashmi as they have done a lot of colors shows.

TeriMaaKiAankh 8 months ago It was so disgusting. Biased host

SnehaExpression 8 months ago It was done for protecting their favourite Shukla to do damage control. No wonder blame fell on Asim and Himanshi respectively. As if Salman will ever say anything to Shukla and Miss two year old Gill ! Pathetic biased show!

"Rhea Is Not Co-Operating With ED; Actor Claims She 'Doesn't ...
6 minutes ago

Revealed: Disha Salian's Sequence of Events On The Night Of ...
37 minutes ago

Meet The Returning Girl in Vansh's Life in 'Ishq Mein ...
50 minutes ago