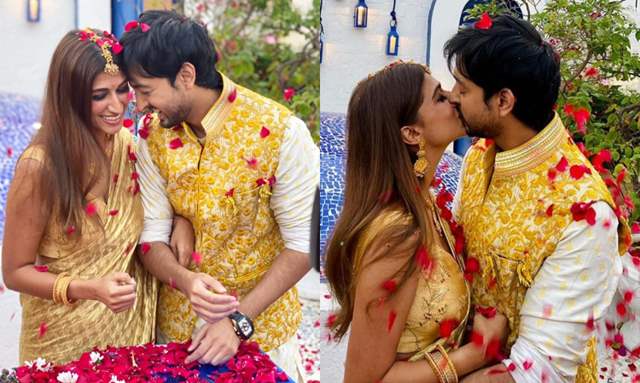 The love birds had a court marriage in the morning and later threw a party for their friends and family members, including many B Town celebrities. While it was an intimate ceremony, here are some inside pictures that give a glimpse of the happy couple.

Shaza took to social media to drop pictures with her husband Priyaank and they are simply beautiful. The couple can be seen enjoying their moment as they seal the day with a kiss.

In the pictures, the newly turned husband and wife, Priyaank and Shaza look like a match made in heaven as they beam with happiness. Shaza opted for a stunning golden saree while the groom complimented her in a cream coloured Indo-western kurta pyjama with mustard jacket.

The bride’s sister and actress Zoa Morani also shared some inside pictures and gave a sneak peek into the ceremony, the gorgeous venue and the decoration that read:  ‘PS It’s Official’ 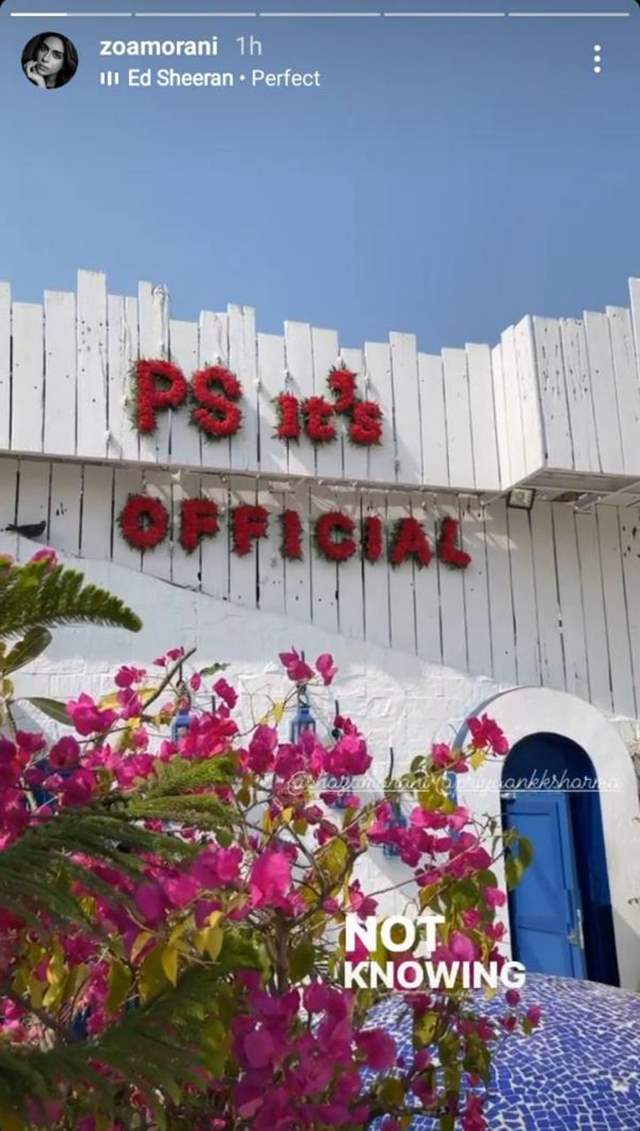 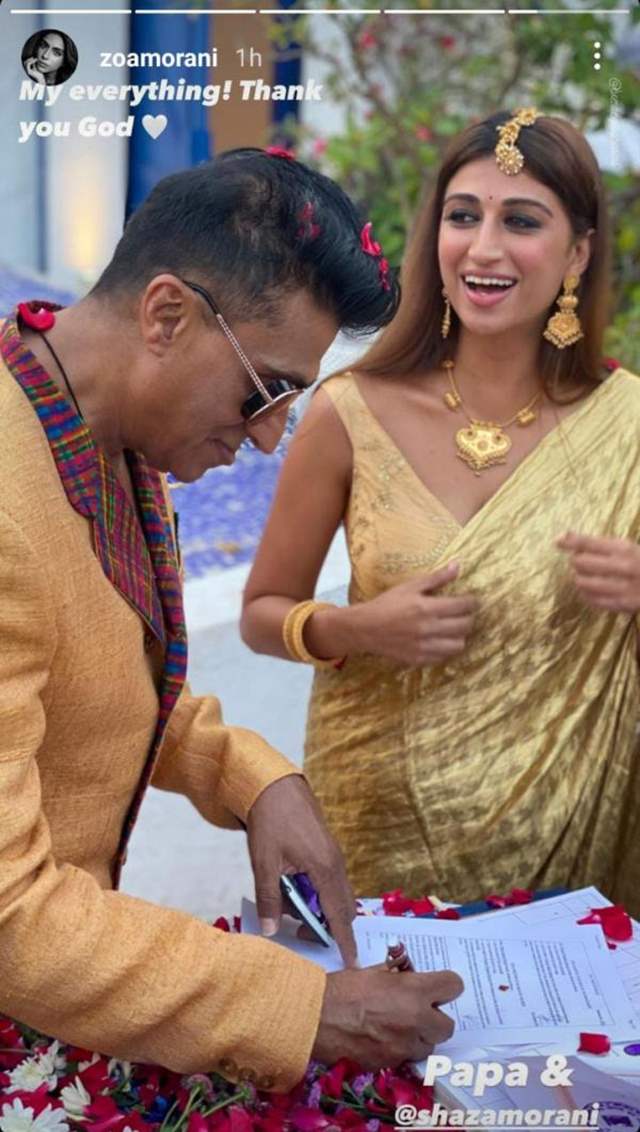 The couple had also hosted a party for close friends and family members. Celebrities like Shraddha Kapoor, Rohan Shrestha, Anil Kapoor, Shakti Kapoor, Juhi Chawla among others were also spotted attending the party.

Amid marriage rumours, Shraddha Kapoor arrives with Rohan Shrestha at ...