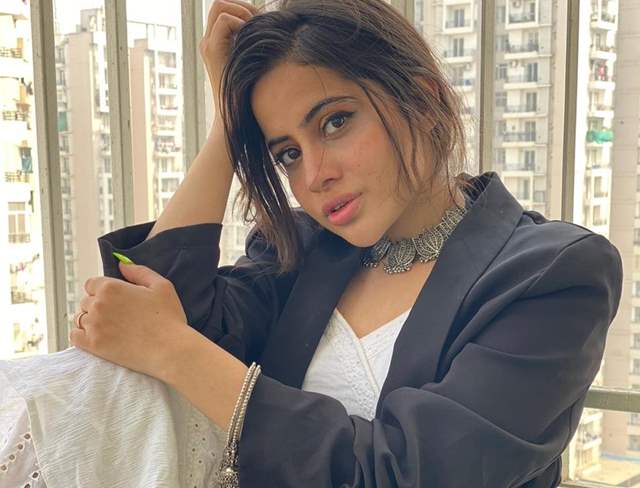 Actor Urfi Javed needs no introduction. The young actor who hails from Lucknow has already won hearts by playing a variety of characters across premium shows like Yeh Rishta kya Kehlata hai, Chandra Nandini, Bepannah, Dayaan, Meri Durga, Kasautti Zindagi Kay 2, and much more. The actor is obliged to the television industry for her recognition, however feels that web series is a new age and more recognized mode now.

"While TV shows are irreplaceable, the web shows offer variety in terms of characters and feasibility of executing the same. Tv shows have characters that prolong for a good period of time while on the other hand web shows are shot within a certain period of time and give an actor the opportunity to do multiple projects within a stipulated time frame. This helps an actor to portray more characters than sticking to one. Also with the lockdown, alot of people have shifted to web series and the content which they offer is no less than a cinematic experience", says Urfi.

Ask her what kind of character she would be interested to play for a web show and quickly comes the response, "Well, I have a laundry list of characters to play but it's my dream to play Priyanka Chopra's character that she essayed in her movie Barfi. Contrary to my nature and attires I like to wear, that character is completely de-glam, wears long frocks, kid shoes, and has untidy short hair. That's the character which will push me completely out of my comfort zone and I am willing to take that plunge."

When checked on the language and obscene scenes that web shows offer, Urfi says, "Totally agreed that foul language is a part of many shows, but that's the content that the show offers. Not every web show offers the same. The same reason goes for nudity or obscene scenes as well. For example, Mirzapur on Amazon and Sacred Games on Netflix, both were high on these, yet both are top-rated and top viewed shows because the character demand was such. On the personal front I might take up those characters, only and only if the content demands", she sums up.