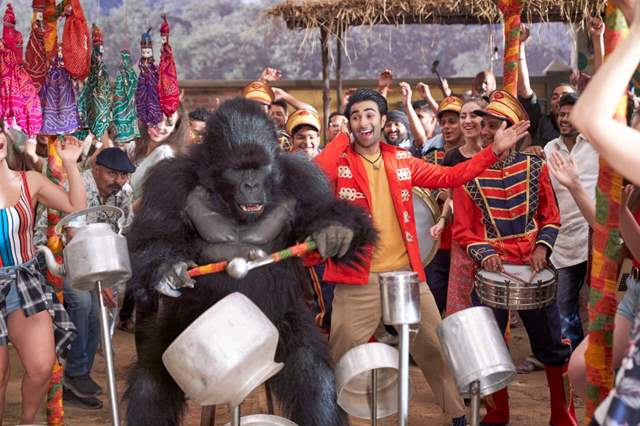 Continuing the fun and frolic after the much-awaited trailer launch of the upcoming adventure comedy Hello Charlie earlier this week, Amazon Prime Video and Excel Entertainment today launch the movie’s first song One Two One Two.

Touted as the next ‘buddy song’ featuring the Bollywood's latest friendly duo in town, the track gives a glimpse of an unmatched chemistry and camaraderie between Charlie (played by Aadar Jain) and Toto (the gorilla).

Written by Vayu, sung by Nakash Aziz, choreographed by Ganesh Acharya and composed by Tanishk Bagchi, the song captures Aadar Jain and the gorilla showing off cool dance moves.

Charlie and Toto’s addictive hook step and catchy lyrics will make everyone get off their seats and dance along.

Sharing his thoughts about the song, Tanishk Bagchi, the film’s music director said, 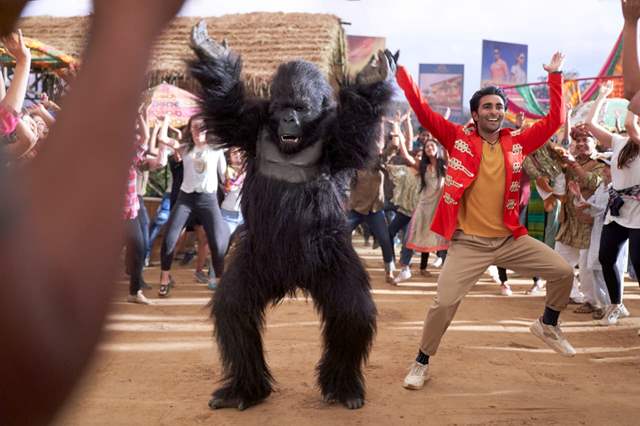 It was a delightful experience to work with the cast and crew of Hello Charlie. When I was narrated the situation for the song, I was extremely thrilled to create a track that captures the fun antics between a man and an ape, along with bringing out the film’s mood and vibe. Vayu has done a wonderful job with the lyrics, it’s hilarious and lends perfectly to the peppy tune. One Two One Two is a song that is close to my heart and I hope that this song becomes special for our audiences as well.

Directed by Pankaj Saraswat, produced by Excel Entertainment’s Ritesh Sidhwani and Farhan Akhtar, Hello Charlie will have a global premiere on 9th April 2021, exclusively on Amazon Prime Video across 240 countries and territories.

Hello Charlie is an adventure comedy of a young simpleton (Charlie) from a small town who is given the task of transporting a gorilla (Toto) from Mumbai to Diu. A series of unexpected events unfold along the way. You will witness hilarious performances by unique characters on this roller-coaster journey in the film.