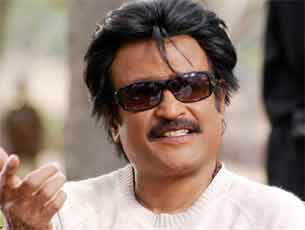 Superstar Rajinikanth's daughter Soundarya says people create jokes on her father as they believe he can do the "impossible". That's why the family takes the humour in a lighter vein.

Soundarya finds the jokes okay "because everybody feels that he can do the impossible, and I personally feel there is a lot of respect (for him). So, we take it positively", she said.

"He is the ultimate, he is the best, he can do the impossible and he is the superstar," added the proud daughter, who has directed her father in her debut film "Kochadaiyaan".

She says he was always confident about the film, which is touted to be the country's first motion capture photorealistic 3D animated film.

"He believed in it...Technology is something I know and he was confident that I could handle this project. He was aware of my dream to be a director and he has seen my creativity since my childhood," said Soundarya, who is married to actor Dhanush.

Nawazuddin Siddiqui Waited 20 Years to Work with Sudhir ...
41 minutes ago