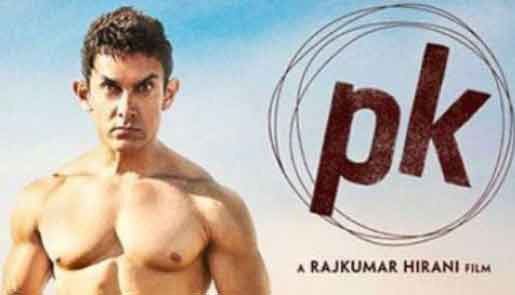 Rajkumar Hirani's latest offering "P.K." has raked in Rs.246.32 crore and is going strong at the box office, but some of the film's contents have not gone down well with Hindutva elements and the filmmaker is saddened by it.

Protests have been staged in various places like the capital, Bhopal, Agra and Ahmedabad by the Bajrang Dal and Vishwa Hindu Parishad activists.

And Hirani is concerned.

"I'm deeply saddened and concerned about the protests by some groups against our film 'P.K.'. On behalf of the entire team of 'P.K.', I would like to clarify that we respect all religions and faiths," Hirani, who has directed films like "Lage Raho Munna Bhai" and "Munnabhai M.B.B.S.", said in a statement.

"Our film is inspired by the ideas of Sant Kabir and Mahatma Gandhi. It is a film which brings to fore the thought that all humans who inhabit this planet are the same. There are no differences. In fact, I have the highest respect for the concept of 'Advait' - the oneness of all humans - that is central to Indian culture, thought, and religion," Hirani said.

"It saddens me to think that a film that upholds this great Hindu principle is accused of being disrespectful of Hinduism. I would like to thank the millions of deeply religious people who have loved the film and expressed their feeling that the film, in fact, upholds the spirit of true religiosity and condemns only the abuse of it," he added.

The director, who also questioned the education system of India in Aamir Khan-starrer "3 Idiots", says the intention of the team of "P.K." was not to hurt anyone's feelings.

"I appeal to the groups protesting against our film to see the film in totality and not just isolated scenes. Our intention is not to hurt anyone, or to discriminate against any religion. I would once again like to assure them that I have the highest regard towards all religions, and that we respect all religions and faiths," he said.

"I believe in the great Hindu idea - 'Vasudhaiva Kutumbakam' - the whole world is a family. Hinduism, Islam, Christianity, and indeed all religions, teach us brotherhood and love. The intent of the film is to uphold this great thought," he added.