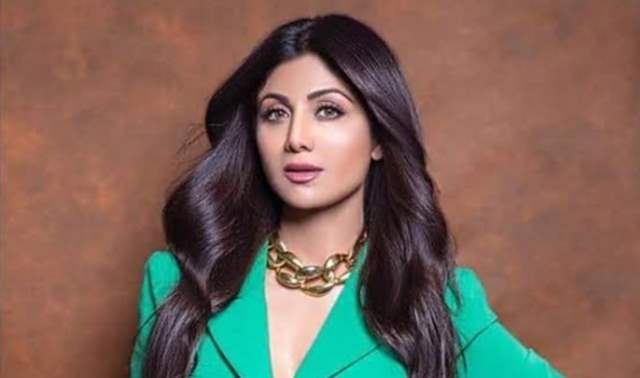 Shilpa Shetty's husband and businessman Raj Kundra is in jail in a pornography case.

Shilpa Shetty is going through tough time because of her husband. Although she is also constantly trying to get out of it.

After the arrest of her husband, Shilpa had isolated herself from people, but now slowly she has become active again on Insta and is motivating herself with inspiring messages.

Meanwhile, Shilpa Shetty has once again shared a page from the book on her Insta story, which she has addressed by writing 'New Endings' to the beginning of her day and weekend.

The note further describes how human beings waste their time in analyzing and thinking about their wrong decisions, mistakes and are confined to words like 'wish'.

We can make our future the way we want.

It is further written in the note - 'No matter how much we think, but even if we want, we cannot rectify those mistakes. We cannot change our past, but we can move forward to make better decisions'. 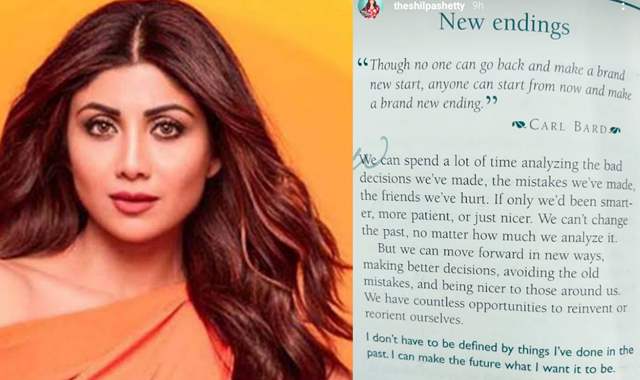 Shilpa had recently said that she does not know about her husband's business.

Recently, Mumbai Police filed a charge sheet against Raj Kundra, in which Shilpa Shetty's statement has come to the fore, which she gave to the police.

According to the Indian Express report, Hungama 2 actress Shilpa told the police that she was busy with her work and was not aware of what her husband was doing.

Let us tell you that Shilpa has recently returned from Vaishno Devi Trip with her best friend.

The pictures of his trip went viral on social media.