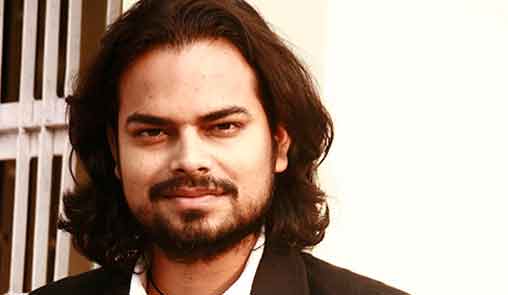 Rahul Mishra is "stunned with the response" to his debut show at Paris Fashion Week (PFW) Spring/Summer 2015. He gives credit to West Bengal craftsman for his marvellous collection, which not only helped him make a mark in the international fashion circuit, but also helped him in wooing global buyers.

Thanks to the show, Mishra is busy taking orders from buyers across the globe.

"We are selling very well. Not just in Paris, we are booking orders from all over the world," the designer told IANS by phone from the venue - Palais de Tokyo - in Paris, one of the fashion capitals of the world," Mishra said.

"From 10-15 stores in Italy, to some in New York and Sydney, we are stunned with the response. I think we need to double up our production to serve all of them," added the designer who is returning Oct 15.

"The collection was hand-made in rural India for the world," he said.

"I worked with a bunch of West Bengal craftsmen who are currently staying in Delhi and Mumbai and it was because of their efforts that we ended up presenting such a marvellous collection," added Mishra, who showcased on the last day.

Asked about the title of the ensemble inspired by traditional Japanese artworks and three centuries old Chintz textile, he said: "The story of a ferryman carries stories from across the mainland, garnered with beautiful chronicles of timeless textiles and techniques."

High on intricate hand embroidery, the range scored, thanks to the detailed simplicity in the line represented through age-old craftsmanship in a modern progressive graphic style.

Sharing his experience about his debut show at PFW, Mishra said it was "super fun", especially when veteran fashion expert Suzy Menkes complimented him for his contribution to Indian handloom.

"Spent some time with Suzy Menkes and she loved it (the collection). She loved the detailing on clothes and said the craftsmanship was extremely detailed," Mishra said.

"She was also curious to know about rural India and said you are doing a big favour to fashion," said the designer, who is also engaged in empowering and employing Indian craft community through his sustainable design interventions.

Arshi Khan To Be Seen in New Show With Akshy Mishra