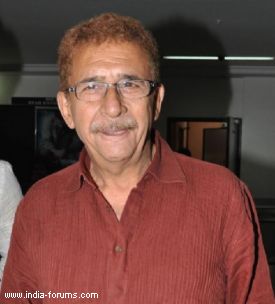 A handful of Indian movies have won international acclaim in the last few years, but veteran Naseeruddin Shah says that we still have a long way to go.

He said: "We are deluding ourselves that we are making world-class cinema just because the photography has gotten better and the editing has gotten better, but our special effects with something like 'Iron Man' doesn't stand anywhere."

The 63-year-old has worked in international projects such as "The League of Extraordinary Gentlemen" and says that Indian movies are still not on par with international storytelling standards.

"You compare our story telling with the kind of films made in Iran, Poland, and Brazil and we stand nowhere.

"We have stars, who pander to their own egos all the time, we don't have a single guy like George Clooney or Brad Pitt, who will use their star clout to change things around them. Catch any of our stars doing a films like 'Syriana', we won't do it yet we say we have conquered the globe," he added.