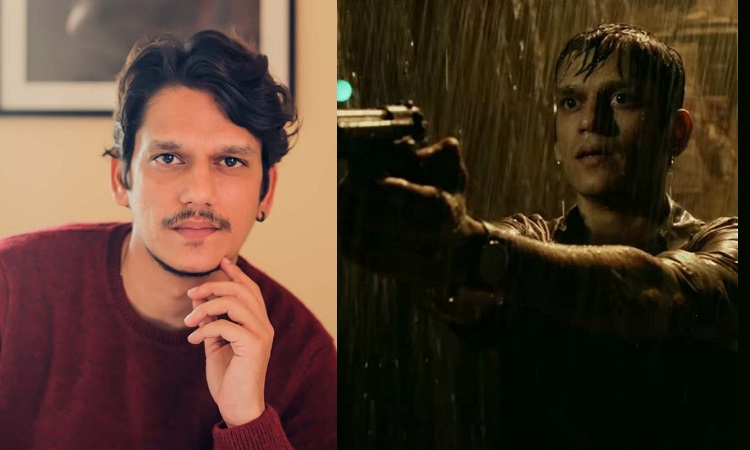 When "Monsoon Shootout" was offered to him over four years ago, actor Vijay Varma was thrilled at the opportunity of getting to play a lead role.

The Amit Kumar directorial, which was ready for release in 2013, hit the screens on Friday.

"I waited for this day for four years," Varma told IANS, sharing how he was "thrilled with excitement and nervousness".

"My love for Amit Kumar's short film 'The Bypass" was the reason I wanted to work with this director. And being an avid gamer and lover of noir thrillers like 'Zodiac' and 'L.A. Confidential', I jumped at the opportunity of being in a cop gangster drama. And plus, I was thrilled that someone was offering me a lead role," he added.

Prior to its theatrical release, "Monsoon Shootout" had premiered at Cannes and was lauded for its edge-of-the-seat plot at various film festivals internationally.

It features Vijay as the central character of a rookie policeman on the job who is torn etween making a tough choice against a criminal suspect on the run.

"I was a fan of Nawaz since 'Black Friday' and always wanted to work with him. When I did get a chance, I relished every bit of my time with him and learnt a great deal from him. He has seen life in all its complexities and what translates on screen is pure gold. He can light up a 70 mm screen with just, well at times, the shift of eye movement," he said.

On working with the acclaimed Tannishtha, he said she was his "source of refuge".

"She dropped in words of encouragement and with advise, whenever she could, to help me perform better in the film. She was a very strong support both on and off screen. It was an absolute pleasure to share my life and screen space with these incredible talents."

He believes it is a misnomer that the Indian audience only enjoys films with happy endings.

"'Do Beegha Zameen' and 'Sadma' had tragic endings and people love them immensely. A well-made film with any ending works. And tragedy moves people in a strange profound way," Vijay said.

His filmography features films like "Chittagong", "Rangrezz" and the impactful "Pink", in which he essayed on of the antagonists.

With movies that aren't necessarily 'mainstream', is that a result of his insistence on experimental cinema or based on what comes his way?

"I'm a lover of all kinds of movies and stories, from delicate profound stories to crass sex comedies. It's just that I am picking up stories and roles which are up for grabs for me at this moment. If people come to me with different genres, I will not hesitate to jump on it. I just want to work," he said.

Vijay will also be seen in Nandita Das' much-awaited "Manto", based on the life of famed writer Saadat Hasan Manto.

"It's a cameo that casting director Honey Trehan felt I should do and set up my meeting for with Nanditaji. I wanted to a part of a film on my favourite writer, in any capacity. I play the role of a young writer who is enamoured by Saadat Hasan Manto. It will bring some smiles to audiences face, hopefully," he said of the movie, which will reunite him on-screen with Nawazuddin.