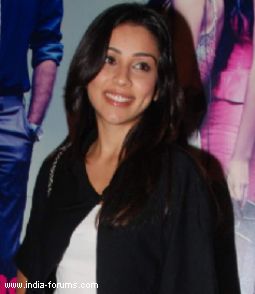 Actress Amrita Puri, who has made her TV debut with Anurag Basu's "Stories by Rabindranath Tagore", says she was not conscious of being a part of the telly world, and especially never thought of getting a chance in the director's TV show.

Amrita is best known for her role in films like "Aisha", "Blood Money" and "Kai Po Che!". In "Stories by Rabindranath Tagore", she is seen in "The Broken Nest" episode, based on a short story by the legendary writer.

"It is not that I consciously thought of doing television. I was approached by (Anurag) Basu for this series. I've always wanted to work with him and he was offering me any story that I felt like doing," Amrita told IANS.

"It was a dream for me to play a character like Charulata. I had seen (Satyajit) Ray's Charulata and loved the story. I never thought I would get a chance to play the character," she added.

Talking about her episode story, which started airing on Monday on the EPIC channel, she said: "It's the story of young, beautiful and intelligent woman in a loveless marriage. She is alone with nothing to do in her free time. Eventually she falls in love with her husband's younger brother who comes to live with them for some time to help her in growing her knowledge of music.

"She is naive and doesn't even realise she has fallen in love till it's too late. Charu is a complex character to play."

Amrita will don a Bengali woman's look for the show.

"Basu's mother did such a wonderful job with costumes. It really looks like I have stepped out straight from that time period. I used to love the saris and the make-up. I look like a typical Bengali with the eyeliner and a big bindi," Amrita said.

She added that the stories in the show will have an "old world charm and a lyrical feel that transports you into that era."

+ 4
5 years ago Amrita Puri u r truly a talented actress. Hope u get all the recognition from TV shows which u didn't get from films