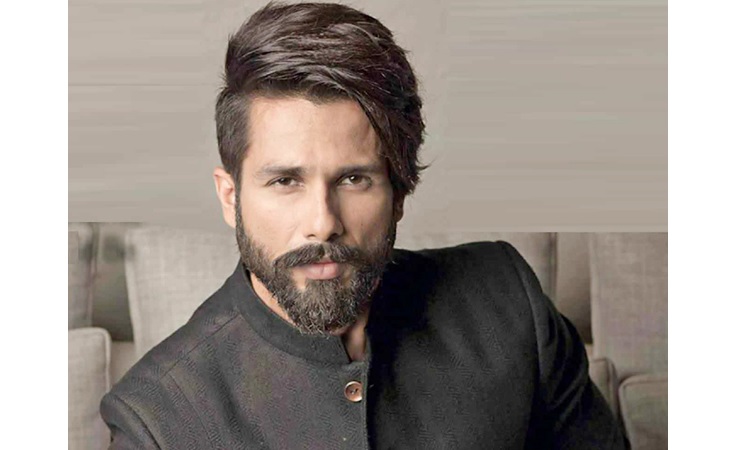 Bollywood star Shahid Kapoor, who will play the title role in the Hindi remake of Telugu blockbuster "Arjun Reddy", says he was both curious and excited about the movie.

"I wanted to try this part and see what I can do with this. I was curious enough to take it on and excited enough to not let it go."

"I usually don't watch too many films in Telugu and it surprised me with its tonality, rawness, simplicity and the fact that it was so real and believable. The character is very fascinating for me as an actor because the emotional arc... is very original. I loved it and Vijay Deverakonda, who played Arjun, did it so well," Shahid told IANS in an interview.

Directed by Sandeep Reddy Vanga, the remake will go on floors next month.

The original film, starring Vijay and Shalini Pandey in the lead, revolves around a medical student who falls in love with his junior and how their relationship evolves.

Shahid, who is the son of veteran actors Pankaj Kapoor and Neelima Azeem, has done many romantic films in his career. He made his acting debut in 2003 with "Ishq Vishk", after which he featured in movies like "Vivah", "Jab We Met", "Kaminey", "Phata Poster Nikhla Hero", "R... Rajkumar", "Haider", "Udta Punjab" and "Padmaavat".

There are always a lot of hopes riding on actors today.

Asked if this adds to the pressure, Shahid said: "My own hopes are riding on me. I have been doing this for 15 years. Now I am a professional at it and understand what comes with it. There is a drive from within to always do your best.

"Once you really give a lot of time to what you do, and if you are passionate about it and have that need to improve upon yourself all the time -- which is very intrinsic to anybody who is successful... That need and desire must be there to improve, rediscover and keep doing new stuff... Then it comes naturally."

Ultimately, to him, it does not feel like pressure.

"You want to do your best, and I always feel like that," said Shahid, who agrees that attaining stardom comes with a price tag attached to it.

"I live by the beach and I can't really go there as often as I would want to... My family and friends have to deal with a certain amount of attention which they might not necessarily be comfortable with. So, of course, there are things that come with the job. I love this job. So, it's okay."

The 37-year-old actor has just welcomed his second child Zain, a son, with wife Mira Rajput, whom he married in 2015. The two also have a daughter named Misha.

How does he balance his busy work and home life?

"It does require a lot of effort. Sometimes, you don't have time for yourself... but here you have to choose the time between your work and family. That is something I do it very consciously," Shahid said during a chat on the sidelines of a fashion event here.