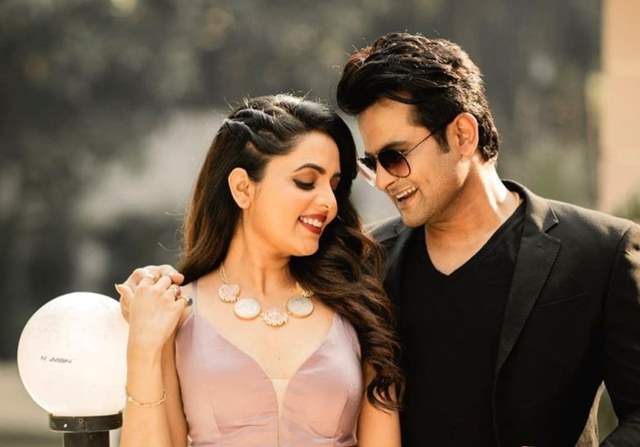 After making a sudden announcement of their relationship and togetherness recently, actors and comedians Sugandha Mishra and Sanket Bhosale had another shock waiting in store where it was announced that not only that the couple are all set to get engaged and married on 26th April 2021.

Finally opening up on it in an interview with ETimes TV, Mishra first opened up on their relationship, how is their wedding planning going on how she always wanted to have a grand wedding but COVID-19 has now ruined everything.

She said, "Sanket and I were good friends and we developed feelings for each other because of the constant reports of dating each other. I still remember when the first time news reports about our linkup came out three years ago, our families got to know and after that they were after us that if these rumours are true, they don’t mind. Finally, last year we decided to get married. We are not yet engaged, the photos that we have posted are from our pre-wedding shoot."

She further added, We have been postponing our wedding since last one year. We have been waiting for things to get better. Both the families are after us to get married. Initially, we were planning to get married in December last year but I wanted everything grand and so I said let’s push it to 2021. We were sure that things would get better with vaccines coming in and all. We then decided to get married in January as I was also doing Taare Zameen Par and it was supposed to get over by January. But there was no auspicious mahurat and it was in March and April. I was trying my best to make excuses so that the wedding gets postponed as I wanted to get married in a lavish ceremony. Then it was decided April and I also thought things would come on track but unfortunately our country has been hit by the second wave of COVID-19 and it is at its peak. So, we finally decided to have the wedding on April 26th in Jalandhar."

Further talking about her wedding attire, she said, "I have done most of my wedding shopping online and you won’t believe I had started the preparation from December for my wedding attire. I am very particular about my wedding outfit because for me it doesn’t matter if the marriage is happening with 20 people, I always wanted to wear a 10 kg lehenga. I can marry online also but I have to wear a lehenga. One of my friends who is a designer is helping me with arrangements. We have been getting designs from designers online and then with a lot of pain we do trials for the outfits. They return if we don’t like it. It is a continuous process and the lehenga is ready but the choli is yet to be made. I wanted to wear red but these days pastels colours are in trend and no one opts for red. So, luckily I have got a lehenga which has all the stuff and design which I wanted but it is in off-white. I am wearing an off-white lehenga. It has a temple, peacock and all the designs which I wanted."

Sharing a funny story about the photoshoot, she said, "We had planned to do a proper pre-wedding shoot in Goa, Dubai or Nashik, like a proper destination shoot or music video feels. But everything was ruined. Suddenly, Maharashtra CM announced on April 13th about the lockdown at 8PM. At night around 8:30 I made calls continuously to different people for one hour. I was on calls and made arrangements for our Pre wedding photoshoot. I booked a bungalow in Madh and asked Sanket to reach early morning there from Kalyan. Whatever costumes were available, we called photographers from Pune and finished the shoot in 2 hours. We were running from one place to another, the photographer would shout light jaa rahi hai and we were sweating running here and there. But we managed to shoot the pictures."

Varun-Natasha wedding: Check out the bride's gorgeous lehenga for the ...