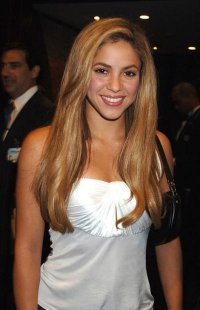 After Waka Waka, this time for India!

Nope, that was no typo up there, we did mean India, and not South Africa. Cause she who sings and sways so well is all set to make an advent into our very own tinsel town!

We talk of Shakira, who after the likes of Kylie Minogue (Blue) and Akon (Ra.One) is going to be the next in line to sing for a Bollywood venture.
As per the latest scoops of goosip, Shakira will lend her wonderful vocals to a composition by famous duo Salim-Sulaiman for a film to be directed by Prashanth Chadha  where the male lead will be Sachin Joshi, a newcomer who officially owns an energy drink brand endorsed by King Khan.

The set track is expected to be mostly in English, with easy Hindi lyrics interspersing. The movie itself, untitled as of now, is set to be shot in 5 different languages, with even more grand future plans of a world wide release and an anticipated international blockbuster.

Flying high or what?!

Well, after Shakira's extremely rewarding tour of India in 2007, the lady has as much reason to return, as the desi fans do, to await her coming! For all the seemingly far fetched planning of this project, Shakira can jinx it only the good way!