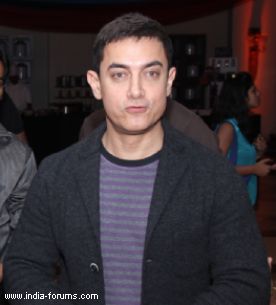 Aamir Khan is guarded about sharing his views on any political party and when it comes to the new Aam Aadmi Party (AAP) the actor-filmmaker prefers to wait and watch. Meanwhile, he has urged the youth to step out and vote intelligently in the polls.

"It's a democratic country and I believe each person should take their own decision and must go out and vote intelligently," he added.

Looking fit as a fiddle, the "3 Idiots" and "Dhoom 3" actor believes the youth especially must cast their vote.

"Every person of voting age should vote," he added.

Asked to comment on Arvind Kejriwal-led AAP, Aamir said: "AAP is a new party. Let's see what they do. As I said, I don't support any political party, but if there's an important cause, we all come forward."

True to his word, he is raising various issues on his well-researched chat show "Satyamev Jayate".