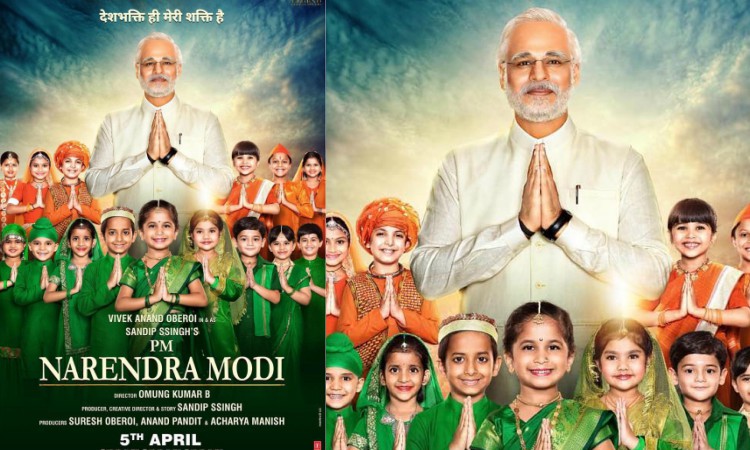 Actor Vivek Anand Oberoi, who is gearing up for the release of "PM Narendra Modi", unveiled the film's second poster on Tuesday.

In the poster, Vivek and some children are following the tricolor theme. The actor is seen dressed like Prime Minister Narendra Modi in a white kurta-pajama. He is surrounded by children who are dressed in saffron and green ethnic attire.

This is a follow up to the film's first poster that was unveiled by Maharashtra Chief Minister Devendra Fadnavis in 23 languages in January.

The film was earlier scheduled to hit the screens on April 12, a day after the commencement of the Lok Sabha elections. Now, it will release on April 5.

"PM Narendra Modi" will showcase the journey of Modi from his humble beginnings to his years as the Gujarat Chief Minister, to the landmark win in the 2014 general elections, and finally becoming the PM.

The biopic is being helmed by National Award-winner Omung Kumar B and is produced by Ssingh, Anand Pandit and Suresh Oberoi.

Sharing how Vivek has transformed himself into the role of Modi, Pandit said in a statement: "I observed Vivek very carefully during the shoot. He would be quiet on sets most of the time and the minute Omung would say, 'action'; it was as if Vivek would transform in front of the camera into this larger than life persona of the Prime Minister."