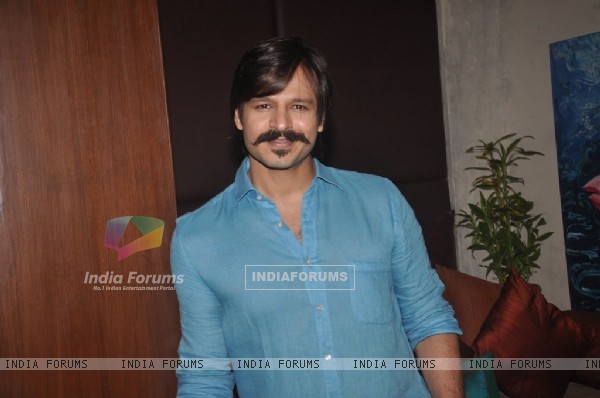 Vivek told IANS: "I salute our PM Narendra Modi. My chest has been filled with pride with this development as he is the first Prime Minister who has taken our culture and our yoga on a global platform."

A regular practitioner of yoga, Vivek, 38, also said that it is the first time the UN council is celebrating International Yoga Day.

"We celebrate international occasions like Valentine's Day, Mother's Day without realising how it fits in our culture. But this is the first time an Indian tradition of yoga has been selected not just by India but by a group of big countries at the United Nations council to celebrate an International Yoga Day," he said.

The actor also said that his two-year-old son Vivaan Veer also does various asanas of yoga on his own.

He said the current controversy over Muslims being hesitant about yoga is a distasteful political ploy by various parties.

"There is no issue with a Muslim saying 'Om' or a Hindu saying 'Inshallah'. In fact, several body movements during namaaz are exactly yoga aasanas," he added.

Vivek also praised Modi's 'Swachh Bharat' campaign and said that it has "created a consciousness in the minds of Indians towards cleanliness which has united the country".

On the big screen, the actor will be seen in Indra Kumar's "Great Grand Masti" along with Riteish Deshmukh and Aftab Shivdasani. The film is produced by Ekta Kapoor's Balaji Motion Pictures and Ashok Thakeria.