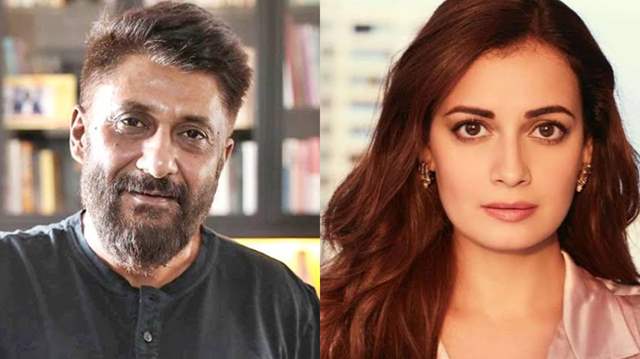 The Kashmir Files director Vivek Agnihotri recently took a dig at Bollywood actress Dia Mirza after she thanked the ex Chief Minister of Maharashtra Uddhav Thackeray for helping the ‘people and the planet’.

Dia took to her Twitter handle to write a thankyou note, which read,

‘Thank you @OfficeofUT. You cared for people and the planet. Conveying my gratitude and respect here. May you have many more opportunities to serve the nation.’

The actress also tagged Uddhav Thackeray as well as his son Aditya Thackeray in the tweet.

While Vivek reacted to her tweet saying, ‘Which planet? Planet Bollywood?’

As soon as the director tweeted his reaction, the actress' supporters defended her. Many of her followers shared a tweet from ANI about how, in spite of opposition from environmentalists, the new government is moving forward with plans to build the Metro car shed in Aarey Colony.

Meanwhile, after Uddhav Thackeray resigned from his post as the Chief Minister of Maharashtra on Wednesday, a lot of mixed reactions have been pouring in. Also from B-town, Kangana Ranaut shared a video message on Instagram regarding the same. 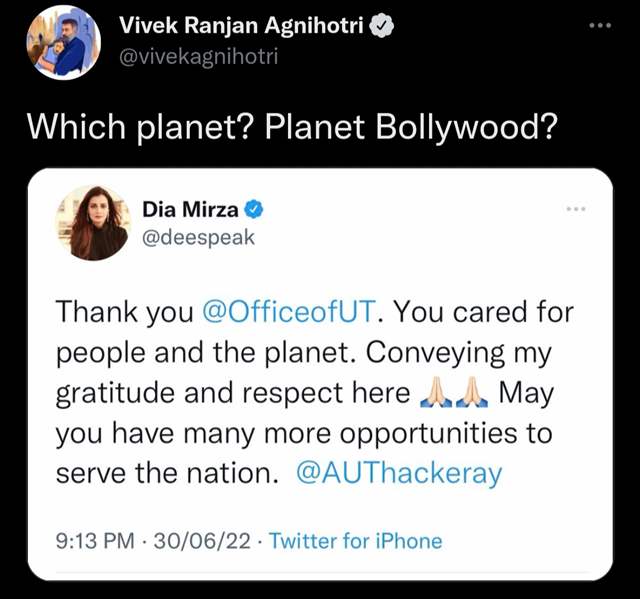 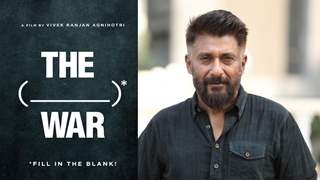 + 8
4 months ago i bet you she wont respond. whewww getting messy