View Profile
Many stars have witnessed unruly fan incidents and have dealt with the histrionics of their beloved fans. Vivan Bhatena last seen in Zee TV's 'Sanskaar Laxmi' has also been a victim of such incident. 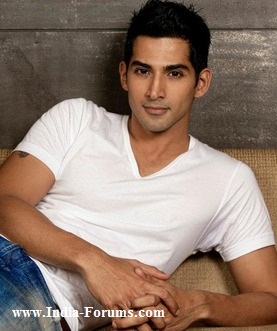 Apparently Vivan Bhatena lost his wallet once and had a hard time as he had to take a flight back home and the ticket was also lost.
Tellyybuzz spoke to Vivan about the incident-"It happened in Udaipur at the Mr. International pageant. After the contest I was surrounded by this bunch of school girls who were on a trip and I was carrying my suits and bags on the way back to the hotel. The girls were hugging me and congratulating me.

Suddenly I realized that my wallet was missing and it had everything in it including my flight ticket and my car keys. It was a nightmare because in 2001-2002 internet facilities were limited and phones did not provide internet. My only option was take a print out and I had to get it done from the airline office. Luckily they recognized me let me board the aircraft without any ID."
Tellybuzz hopes that such torrid incidents do not happen with our other Telly stars!
Reporter: Nadia Malik.
Author: Medha Parashar.

+ 2
8 years ago lol stupid fans they are thief
i wish u can come back with a new show !

+ 7
8 years ago Oh dear! Phangurls can be crazy at times by hey, that's their love

U were such a sweetheart! Thnx

Hope he is back on screens soon!

Thanks for the article TB!