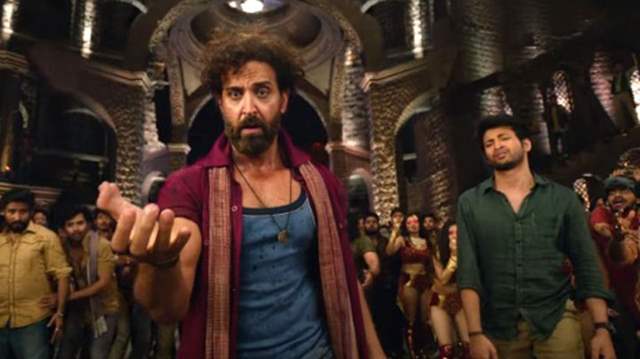 Vikram Vedha, starring Hrithik Roshan and Saif Ali Khan, is about to hit theatres in the coming few days. The movie's trailer, which debuted a few days ago, got fans excited for the action-thriller. The film's creators launched Alcoholia, their first song, at a large gathering in Mumbai today. Since the premiere of the cheerful, upbeat song, Hrithik's admirers haven't stopped gushing about his incredible dance routines.

Hrithik appears in the song in an unseen persona, appearing rough as he celebrates with his crew by showing off his dance talents in a club. Hrithik attracted a lot of attention with his expressions rather than just his dancing. Sharing about the release of the song, Hrithik wrote, “Young Vedha was just as mad आज मौसम #Alcoholia हो लिया! SONG OUT NOW. #VikramVedha.”

Vishal and Sheykhar, Snigdhajit Bhowmik, and Ananya Chakraborty have croonded the song Alcoholia. The lyrics were written by Manoj Muntashir, and Vishal-Shekhar composed the music.

The 2017 Tamil film of the same name and directors is officially remade in Hindi as Vikram Vedha. R Madhavan and Vijay Sethupathi play the key roles in the movie. Hrithik portrays the gangster Vedha in the movie, and Saif Ali Khan plays the cop Vikram.

The action-thriller  is authored and directed by Pushkar-Gayatri. It is a production of YNOT Studios and is presented by Gulshan Kumar, T-Series, Reliance Entertainment, Friday Filmworks, and Jio Studios. The film will hit the big screens on 30th September 2022.

On the professional front, Hrithik Roshan most recently appeared in the 2019 box office sensation War, which also starred Tiger Shroff. The actor will appear in Fighter opposite Deepika Padukone in addition to Vikram Vedha.

2 months ago This song better not be in the movie. Would be a massive distraction from the plot. There should be no songs inside the movie. Better to keep them at the end of the movie.

ctawsif008 2 months ago If you are ready for a true body transformation, your timing is perfect for our fall challenge. 📢📢JOIN OUR FREE PROGRAM NOW📢📢 GET 3 months free program to transform your body and get fit!! youtube.com/channel/UCE2oBa6gs-ltoy-k3P4V2Rg?sub_confirmation=1