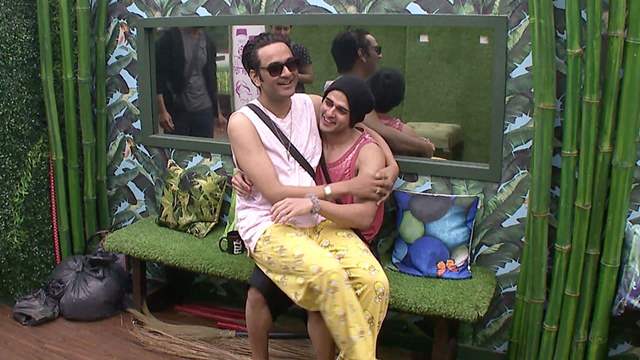 Everyone was in shock recently when Vikas Gupta came out in open against Shilpa Shinde, Parth Samthaan and Priyank Sharma. Vikas said that he will not be quiet anymore and ‘will call out each and everyone who made his life hell’.

He even posted a video of a teenage boy calling him a bad human being who is making indecent proposals in return of work which he shared the video on social media stating that he did not clarify that he has been wrongly accused of and people continue to have the wrong impression of him.

After he shared the video of the teenager, the boy is getting trolled badly and he approached Vikas about the same. Vikas further posted a status for the boy asking everyone to stop trolling him because the boy explained the reason for doing that. He mentioned how he made the video because Priyank Sharma has confirmed it to him and even liked one of the posts which say Vikas Gupta making demands and earlier Vikas has done the same with Parth Samthaan the kid was he was made to believe that it was the truth.

Vikas in the video even spoke about Kasautii Zindagii Kay actor Parth Samthaan accused him of molestation, non-payment of dues, and threats of ruining his career. Sources inform us Even after getting through Parth. He plainly refused to put a message or do nothing to clarify about Vikas being innocent. We already know Shilpa Shinde adding more drama on this by calling him tv mafia and accusing him along with Arshi khan on things they have never proved.

He has come out now in the open to stop all the allegations that are still being made on him. Sushant's death has gotten him to realize that he needs to clear his name 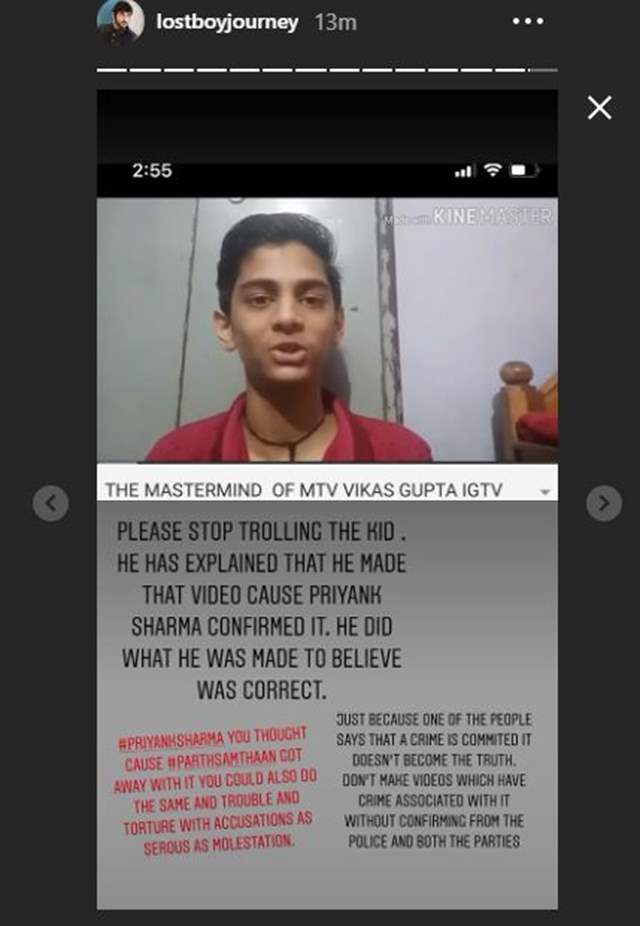 Priyank Sharma to virtually teach dance in support of a social ...

arshiipk 3 months ago Trying to make full use of the current situation.. manipulative pig

Indian Idol 12: Team starts shooting for final round of ...
12 minutes ago

Sidharth Pithani to record statement under 164 CrPc, may ...
14 minutes ago

Nakuul Mehta and his powerful narration: Times when he hit ...
51 minutes ago

Ravi Kishan gets Y+ security after threat calls for speaking ...
2 hours ago