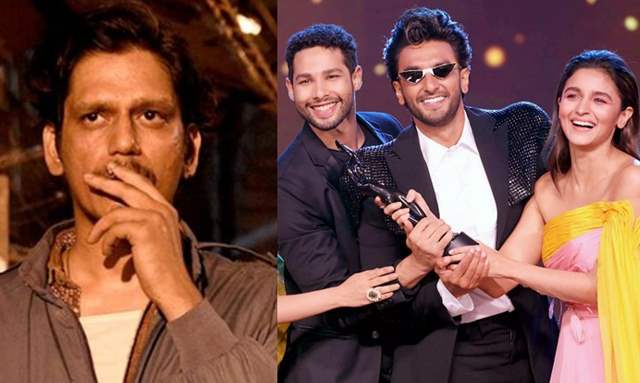 Owing to the massive appreciation around the film, Gully Boy swept away as many as 13 Filmfare Awards this year, making it one of a kind event. However, this received mixed responses as some opined that it was not fair.

Reacting to the same, Vijay joked that if the team was buying awards why wouldn’t they buy one for him. “I was not present for any of these awards so I was missing out. I was in other countries, shooting for various films. I felt like I was nominated for all these awards but never won anything. But people say it was all bought. But I don’t know. If it was all bought, why would they not buy for me…in the supporting role? Was I not the loved one in the group? That’s not true because they went on to do several projects with me,” he told Hindustan Times.

The ones who won the awards include Zoya Akhtar for the Best Director award, Ranveer Singh for Lead Actor, Alia Bhatt for Lead Actress, Siddhant Chaturvedi for Best Debut Male and Amruta Subhash for Best Supporting Actress.

Furthermore, Vijay added: “So I consider this baseless. It is basically one person targeting the film. It spoke to the nation. It was widely appreciated. It broke through the cultural archetype and became part of the pop culture of the country. I stand by my film and the love it received. I don’t doubt it at all."

Among the ones who had a mixed reaction towards Gully Boy, Kangana Ranaut was the one with the loudest voice who had expressed her displeasure against the film and criticized it. Recently, reacting to her comments, director Zoya Akhtar stated: “She has gone on every platform and basically said that she does not like my work, so I shouldn’t be putting her in that position.”

Meanwhile, on the work front, Vijay Varma is gearing up for the release of his film Yaara on Zee5. Yaara, a story of four friends also stars Vidyut Jammwal, Amit Sadh, Shruti Haasan and Kenny Basumatary and will release digitally on July 30 2020.

phadukaran 1 months ago with that logic, how did ALIA won Best Actress, When she wasn't even a lead, but a supporting actress? AND Amruta Subhash did so well and deserved the Supporting actress award. AND, Alia posed with the award earlier in the day, Before the Star Screen Awards took place at night.

lkd48 1 months ago Just because they didnot buy award for you DOESNOT mean they didnot buy for themselves. Please stop defending them with such LAME reasons.......i get that you want to do chaploosi to get work but please come up with better explanation next time. They BOUGHT 13 awards in an award show. And there are more than 300 releases every year