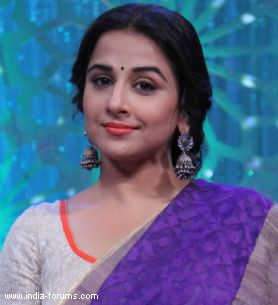 If grapevine is to be believed, actress Vidya Balan, who plays a detective in "Bobby Jasoos", will launch the theatrical trailer of her upcoming film along with 10 real life detectives.

"Bobby Jasoos" revolves around the journey of a Hyderabad-based female detective.

When the idea for the trailer launch popped up, the makers were keen to celebrate the launch with some real detectives.

The trailer is likely to be launched this month, said a spokesperson.

Vidya is upbeat about the film, directed by Samar Shaikh.

Talking about the movie, the National Award-winning actress said earlier: "It's a female detective film but it's not just a detective film, it's a human story."